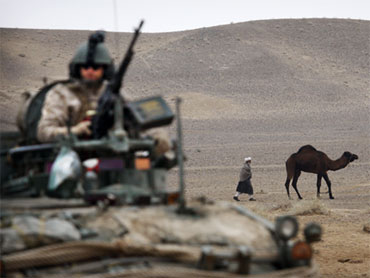 A 9-year-old boy who was on probation for stealing a dirt bike is being investigated for allegedly taking a car and joyriding through a neighborhood, authorities said.

A sheriff's deputy recognized the youngster Wednesday when he spotted him driving on a road, Thurston County sheriff's Capt. Daniel D. Kimball said. The boy was taken into custody.

"I've heard of young cases, but it's very rare to have a 9-year-old stealing cars," Kimball said. "Our first concern, of course, is that someone could get hurt. Our other concern is that this young man doesn't seem to get it."

Authorities said the boy apparently was seen driving in a Rainier neighborhood at 3:45 p.m., and shortly afterward a caller reported the car was stuck in a ditch.

When the deputy arrived, the car was back on the street and "he noticed there was a small person driving," Kimball said.

Resident Cory Bone said she had left the keys in her 1994 Mercury Topaz on Tuesday, the day the 9-year-old-boy came to her home with her sons after school. Her sons considered him a new friend, Bone said.

After he was caught, her sons were angry. "The first thing out of the mouth of the 6-year-old was, 'Traitor,'" Bone said.

Kimball said the deputy recognized the boy as a youngster on probation from a Dec. 14 arrest involving the theft of another boy's dirt bike.

"He will do some type of probation," Holm said. "When a 9-year-old runs off with a car, something is obviously haywire and we'll have to find out what it is."