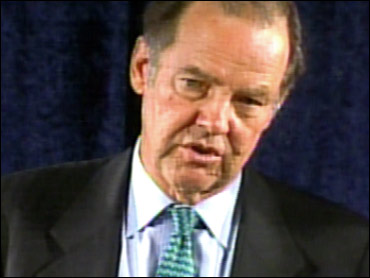 Nearly one year after the 9/11 Commission issued its final report, former panel members are pressing the Bush administration to move faster on their recommendations for protecting the nation against future terrorist attacks.

The New York Times reports the 10 former commissioners will present a letter to White House chief of staff Andrew Card requesting detailed information about how various government agencies – including the FBI, CIA, Pentagon and State Department – have dealt with recent terrorist threats.

Acting through a new, nonprofit group, the ex-panel members are beginning a series of forums Monday to assess how the 41 suggestions they made last summer are being implemented – and both the White House and Congress could be in for tough criticism.

Monday's hearing focuses on the CIA and the FBI, which received sharp rebukes in the commission's final report.

"We're going to ask a lot of questions," said Thomas Kean, who was chair of the original 9/11 panel and is now a board member of the 9/11 Public Discourse Project.

The Times says the commissioners' actions represent an unusual attempt to remain politically viable long after the end of their official investigation.

"There are a lot of our recommendations that have not been implemented," said Kean, a former Republican governor of New Jersey. And with terrorists threatening new attacks, he said, "we don't have a lot of time left to act."

A White House spokeswoman, Christie Parell, said, "We appreciate the work the commission did. We have acted on the vast majority of their recommendations and welcome their continued involvement. We look forward to receiving the letter."

The Public Discourse Project has a small staff in Washington and has the support of groups representing Sept. 11 victims' families.