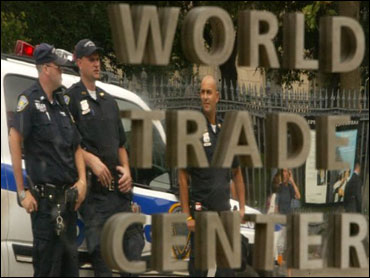 The government's $5 billion effort to help small businesses recover from the Sept. 11 attacks was so loosely managed that it gave low-interest loans to companies that didn't need terrorism relief — or even know they were getting it, The Associated Press has found.

And while some at New York's Ground Zero couldn't get assistance they desperately sought, companies far removed from the devastation — a South Dakota country radio station, a Virgin Islands perfume shop, a Utah dog boutique and more than 100 Dunkin' Donuts and Subway sandwich shops — had no problem winning the government-guaranteed loans.

Dentists and chiropractors in numerous cities, as well as an Oregon winery that sold trendy pinot noir to New York City restaurants also got assistance.

"That's scary. 9/11 had nothing to do with this," said James Munsey, a Virginia entrepreneur who described himself as "beyond shocked" to learn his nearly $1 million loan to buy a special events company in Richmond was drawn from the Sept. 11 program.

"It would have been inappropriate for me to take this kind of loan," he said, noting that the company he bought suffered no ill effects from Sept. 11.

"Not at all," Patel answered, when asked whether his business had been hurt by the attacks.

Government officials said they believe banks assigned some loans to the terror relief program without telling borrowers. Neither the government nor its participating banks said they could provide figures on how many businesses got loans that way.

But AP's nationwide investigation located businesses in dozens of states that said they did not know their loans were drawn from the Sept. 11 programs, suggesting at least hundreds of millions of dollars went to unwitting recipients.

The Small Business Administration, which administered the two programs that doled out Sept. 11 recovery loans, said it first learned of the problems through AP's review and was weighing whether an investigation was needed. But officials also acknowledged they intended to spread the post-Sept. 11 aid broadly because so many unexpected industries were hurt.

In all, the government provided, approved or guaranteed nearly $4.9 billion in loans, and took credit for saving 20,000 jobs. That would put the average cost of saving a job at about $.25 million dollars each.

Of the 19,000 loans approved by the two programs, fewer than 11 percent went to companies in New York City and Washington, according to an AP computer analysis of loan records obtained under the Freedom of Information Act.

"I had nothing here," said Shirla Yam, who runs a clothing store in the former shadows of the twin towers that got a $20,000 grant from a local advocacy group but no federal aid after Sept. 11. "I don't know if I'll be here next month."

Under one of the programs, SBA lent money directly to companies that provided detailed statements on how they were hurt. The other program provided incentives — and guaranteed loans from default — so banks could lend money to companies they determined were hurt by the post-Sept. 11 economic downturn.

Most loans were well below market rates — as low as 4 percent, documents show.

"One lender could have been really strict and specific about the borrower providing the documentation to prove that they were affected by the Sept. 11 attacks, and another banker may not have, or may have had ulterior motives for approving loans," said SBA spokeswoman Carol Chastang.

SBA documents obtained by AP show banks had a strong incentive to approve as many loans as possible from the terror program. The banks profited from the interest while incurring little risk because the government guaranteed 75 percent to 85 percent of each loan.

And the annual fee the lenders paid to SBA to get the government guarantee was slashed from 0.5 percent to 0.25 percent — meaning lenders saved an additional $5,000 a year for every $2 million they loaned under STAR.

"There was definitely an advantage to the lender to get that reduced fee," said Christopher Chavez, an SBA official in Colorado. He said he suspects lenders might not always have talked to businesses about damage from Sept. 11 before moving loans into STAR.

While SBA officials expressed surprise at AP's findings, banking officials said the agency encouraged the industry to use the post-Sept. 11 programs liberally, especially when its normal guaranteed lending program was hit by steep budget cuts in 2002.

Major lenders like Wachovia and Wells Fargo declined to say how many loans they shifted into the terror relief program, saying only that they followed the law.

Wells Fargo, the nation's second largest SBA lender, said the STAR program enabled lenders "to provide funds to new and mature businesses impacted by 9/11" and the bank "continues to strictly adhere to SBA operational standards for all SBA loan originations."

Many loans went to local outlets of some of America's most famous and lucrative companies. For instance, 55 Dunkin' Donuts shops across the country, 14 Quiznos sandwich shops and 52 Subway sandwich shops got loans. Fourteen Dairy Queens — part of the ice cream franchise partly owned by Wall Street billionaire Warren Buffett — won more than $5 million in loans.

"I just applied for the loan at the bank. I had no idea where the funds came from," said Tom Mayl, who got two SBA Sept. 11 loans totaling more than $800,000 to open a Subway shop in suburban Dayton, Ohio, and a Buffalo Wild Wings restaurant in Sidney, Ohio.

"It doesn't seem right, just on the surface, but I really don't know the details," Mayl said.

Don Robinson said he too didn't need or ask for terrorism relief when he got a $765,000 government-backed loan in 2003 — drawn without his knowledge from the Sept. 11 program — to start a motorcycle shop in Brigham City, Utah.

"Actually, the motorcycle industry grew after 9/11," Robinson said. "People just took their money out of the stock market to buy toys."

Dentists and chiropractors also were frequent, but unwitting, beneficiaries. "They weren't putting their health second to anything else," chiropractor Colby Shores said of his patients in the suburbs of Rochester, N.Y. He was unaware his $87,000 loan with a 4 percent interest rate came from the terror relief program.

The loan patterns uncovered by AP left some seething in the neighborhoods directly scarred by Sept. 11.

"You have to take it back and give it to us. Even now, I could use it," said Mike Yagudayev, who said the SBA would only provide him $20,000 of a $70,000 loan he requested to rebuild his hair salon flattened by the collapse of World Trade Center towers in New York.

"I said, 'You know what, take it back. Twenty thousand is like an insult,'" he recalled.

Thousands of businesses far from the devastation had no trouble getting SBA loans, simply submitting short applications that linked their slow business to the widespread economic fallout caused by Sept. 11. For instance: