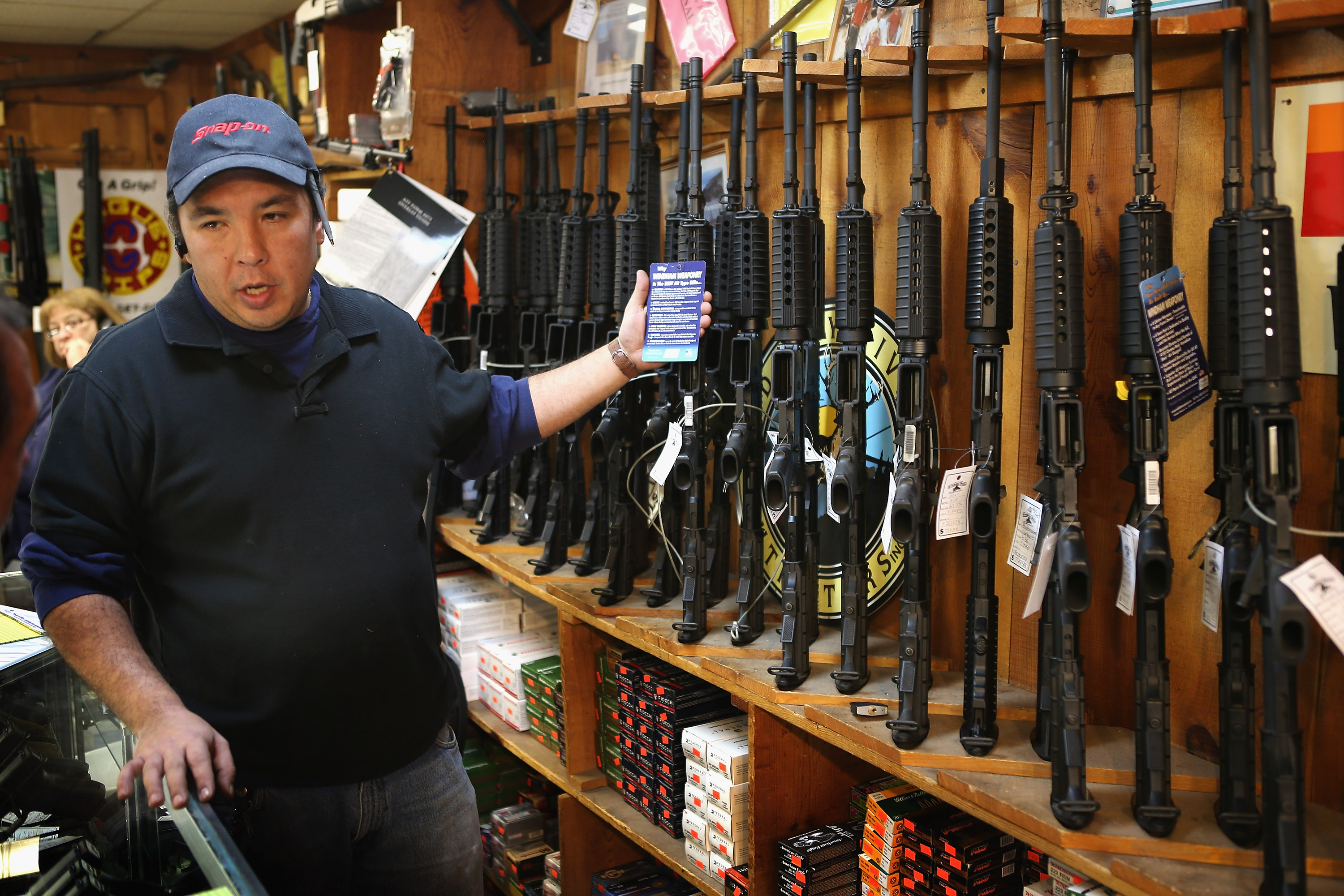 A shipment of AR-15 Colt Law Enforcement Carbines left Hartford, Conn., home of Colt Manufacturing, on a truck headed south, but some of the guns on board the truck were missing when the truck was inspected in its final destination of Shreveport, La. The missing guns have yet to be recovered.

According to a statement posted on the Caddo Parrish Sheriff's Office web site, the four men arrested are: Cameron Johnson, a contract security guard who was on duty when the guns were supposed to have arrived at shipping company Con-way, on the charge of theft of a firearm; Luther Williams Jr. for theft of a firearm; James D. Minor Jr., on drug, traffic and firearm charges; and David McNeil for illegal possession of stolen items. All the suspects were not employees of Con-way.

The AR-15 is a highly customizable, lightweight and easy-to-use rifle. They can be accessorized with extra scopes, larger clips and can fire as fast as a shooter can pull the trigger. AR-15 style weapons were used in the Sandy Hook and Aurora Theater shootings.

The memo from the Caddo Parish Sheriff's Office says the weapons were among a shipment of five pallets traveling between Connecticut and Louisiana, one of which disappeared along the way. According to the memo, the shipment left Connecticut on Wednesday, October 9th, and checked in at terminals along the way in New York, Maryland, Virginia and Tennessee before arriving at its final destination in Shreveport, La., on October 12th.

Officials from Con-way that misplaced the weapons, told law enforcement that the pallets were scanned as a group, not individually, at each checkpoint. Two days later, employees noticed there were only four pallets, not five.

"We've been involved in the investigation with the Sheriff's Office since day one," said Senior Special Agent Austin Banks of the ATF New Orleans Field Division. Law enforcement has the serial numbers of all missing weapons, which could be used to track guns that turn up on the market, or in criminal incidents.

AR-15's are popular and widely available, and most models retail for around $900 to $1,250. The local Wal-Mart in Shreveport began stocking their first AR-15 as recently as two months ago, priced at $907.

Officials from Con-way Inc. and Colt Manufacturing were unavailable for comment. "The company continues to fully cooperate with the Caddo Parish Sheriff's Office on its investigation," said the sheriff's office on its Web site

The sheriff's office also said the investigation is ongoing and that someone may have purchased a weapon unaware that it was stolen. "Anyone recently acquiring this type of weapon from anyone other than an authorized or legitimate dealer is encouraged to contact the Sheriff's Office," it said.