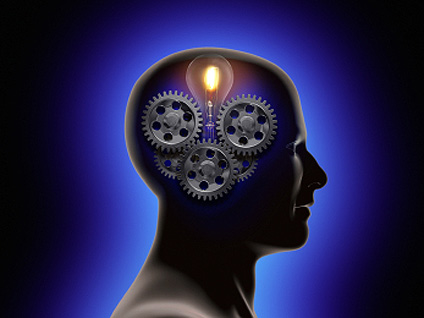 Innovation is great fun to study, filled with inspiring stories -- 3M's (MMM) invention of Post-it note glue, Xerox's (XRX) development of the graphic user interface or the many stories about Steve Jobs' last few years at Apple (AAPL). Equally interesting is the fact that most approaches to innovation backfire, resulting in the entrepreneurial spirit being broken by people who are trying to make it flourish.

Innovation cannot be managed -- a lesson China, and most big companies -- need to learn. It can, however, be lead, and here are four ways to do just that:

1. Focus on the immediate need, not the long-term problem. Airbnb connects people looking for places to stay to those with floor space, rooms and entire apartments or houses to rent. The company had its first major success in Denver during the Democratic National Conference, when then-Senator Obama received his party's nomination. More people wanted to be in Denver than Denver had hotel rooms. The stories of Obama supporters opening their homes to other supporters, and Airbnb's role in making the connections, made international news. After that initial success, web traffic and listings dropped to near zero. Soon after, the company needed cash -- immediately. They focused on what they knew -- how to get stories in the international press, and also Obama supporters. Airbnb deviated from its core business and introduced Obama O's cereal, which carried the subtitle "hope in every bowl." They also introduced Cap'n McCains ("a maverick in every bite"), although Obama O's was a bigger hit. After printing up boxes and securing cereal, they sent sample boxes to reporters, and the story went global. Orders surged -- getting the company the cash it needed. Notice that Airbnb focused on the immediate problem -- getting cash -- not the long-term problem of not enough business for its core operations.

2. Highlight scarcity. Many people think -- erroneously -- that innovation results from blue-sky thinking, or people having a lot of free time. The truth is that necessity is the mother of invention, and also of innovation. Said differently, scarcity drives innovation, according to numerous studies. The problem is that many companies wait too long before admitting there's a problem, not giving innovation enough time to offer solutions. Airbnb illustrates this point -- the founders focused on the lack of cash (the scarce resource), and did so in time to do something about it (barely). When caught in time, people will often respond to scarce resources by combining their creativity. Scarce viewers force advertisers to find new ways to reach people, just as wars increase technological innovation, especially on the side facing a disadvantage. The scarcities inherent in sending people the moon famously drove NASA and its contractors to create many technological breakthroughs.

3. Create a common enemy. One of Bill Gates' most famous memos at Microsoft (MSFT) was written in 1995, when he said: "A new competitor 'born' on the Internet" wants to "commoditize the underlying operating system." This adversary sounded like some unholy creature, perhaps Skynet from the "Terminator" movies, was going after Microsoft's right to charge fair rates for their products. The common enemy was Netscape, a company that was small in resources and impact. As Peter Sims comments in his excellent book "Little Bets," Microsoft does well when it has a common enemy, and when it doesn't, tends to become complacent. The same is true for most companies, and most tribes within them.

4. Focus on what can be done with "spare parts." Great ideas emerge from "spare parts," according to Steven Johnson's book "Where Good Ideas Come From." In Airbnb's case, its spare parts included the ability to successfully pitch stories to the media, and also their knowledge of the passionate crowd of early Obama supporters. Notice that "spare parts" includes knowledge and abilities. In technological companies, it also includes knowledge of what suppliers can offer. The iPod was built, in large part, because of Apple's knowledge of advances in chip designs and small hard drives, which became the basis of their first generation music player.

There's a major down side to "spare parts," which is that if something is achievable, it probably means your competitors may be targeting the same goal. Innovation needs to be done quickly, or your company may be the equivalent of Gottfried Wilhelm Leibniz (who worked on developing calculus but was outpaced by Issac Newton), or Alfred Russel Wallace (who worked on the theory of evolution even though history credits Charles Darwin with this idea).

Making innovation work quickly is the subject of my personal blog, where you can also download a segment from a course on innovation, based on content from my course in the USC Executive MBA program.

Do you feel that managers are trying to manage innovation, but squash it instead? If so, I hope you'll post a comment below.