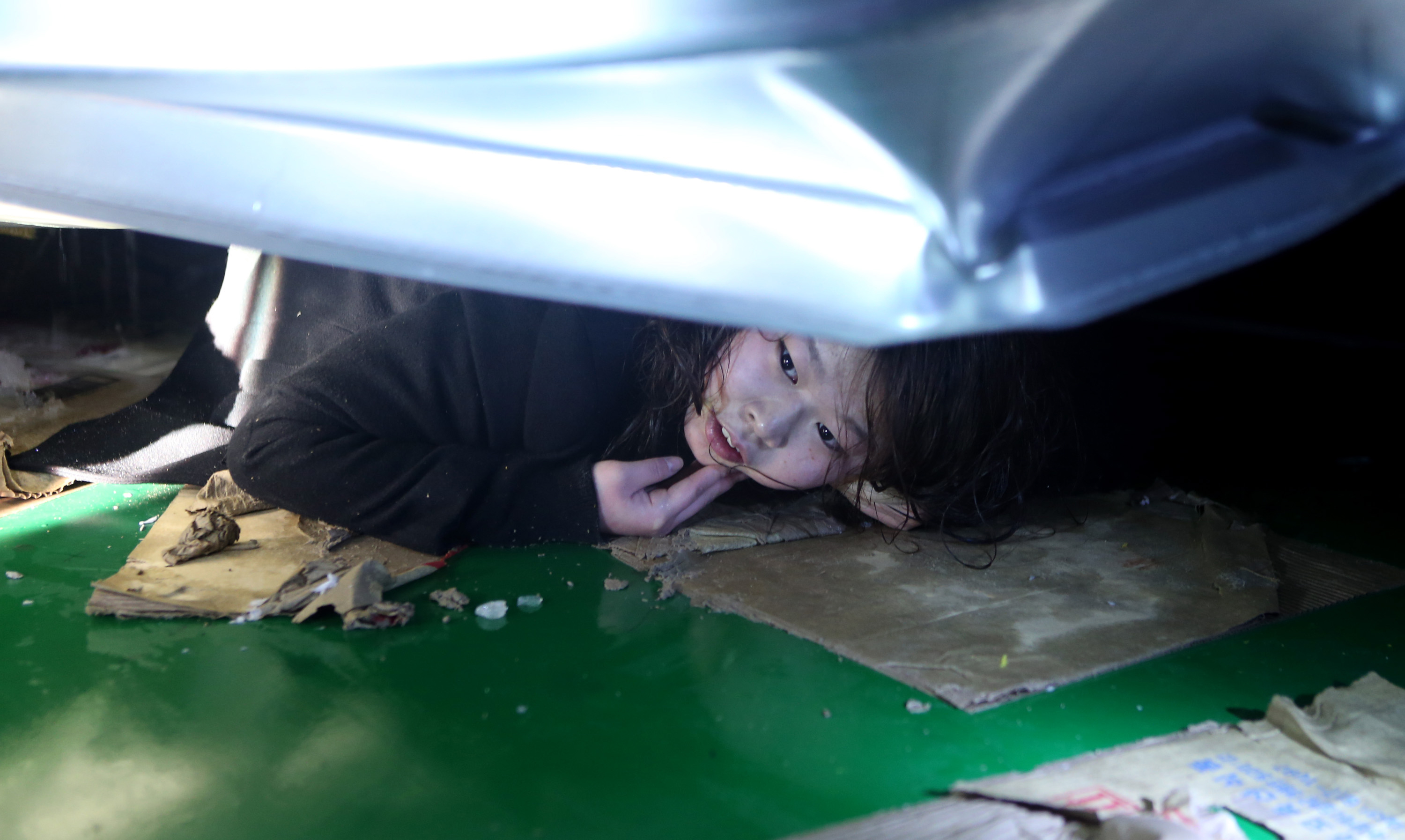 The dead included seven students and an adult; officials weren't sure yet if the ninth victim was a student. About 80 people were sent to hospitals with minor injuries, according to officials at the state-run National Emergency Management Agency who spoke on condition of anonymity because they weren't authorized to speak to the media.

South Korean media reported that the heavy snowfall was believed to have resulted in the collapse, but the cause was still being investigated.

About 560 students from Busan University of Foreign Studies had been scheduled to attend a two-day freshman orientation at the Manua Ocean Resort in the southeastern city of Gyeongju and were in the auditorium when the roof collapsed, the officials said. An official had earlier incorrectly said there were a total of 1,000 students at the resort.

Many of the students managed to get out of the building by themselves, officials said.

Repeated calls to the university and the resort were unanswered.

Gyeongju is a historic city that served as the capital of one of the Korean Peninsula's ancient kingdoms. It is a popular tourist destination.

Located at an altitude of about 500 meters (1,640 feet), the resort is at the foot of Dongdae Mountain, according to the resort's website. Weather officials said the area has received heavy snow over the last week