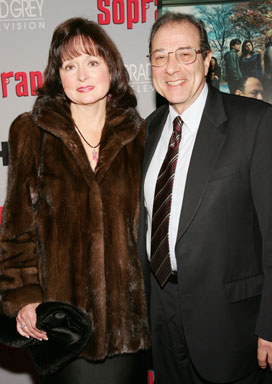 Miami is becoming comfortable falling behind.

Kenny Kelly completed 21 of 34 passes for 268 yards and two second-half touchdowns as No. 23 Miami beat West Virginia 28-20 on Saturday, the Hurricanes' second come-from-behind victory in as many weeks.

"Sometimes you fall into a trap," Miami coach Butch Davis said. "When you have big-play people, you always know you can come back because there is always someone to bail you out."

The deficit wasn't insurmountable to a team that overcame a 28-point deficit in beating Boston College 31-28 last Saturday.

On first down at the Mountaineers 44, Kelly found Reggie Wayne for a 27-yard gain. James Jackson broke a tackle and rambled 17 yards for a touchdown on the next play.

Kelly shrugged off his only interception of the game and took Miami on a 52-yard scoring drive. Kelly completed all three of his passes to tight end Bubba Franks, including an 8-yard corner route for the touchdown.

Kelly's best play of the game came on Miami's next possession.

With Miami trailing 20-14, Kelly, facing second-and-6 at the West Virginia 9, rolled right and escaped the grasp of Antwan Lake with a spin move. Kelly rolled back left and found running back Clinton Portis wide open for the game-tying score.

"He got his hands on me and the first thing that came to my mind was to protect the ball and take the sack," said Kelly, who missed the majority of practice last week with a sprained left ankle. "But at the last minute, I got away and was going to throw the ball away. Then I saw Portis in the end zone, so I thought I'd throw the ball up and then he'll catch it."

Portis broka tackle and ran 45 yards with about two minutes remaining and added a 1-yard plunge on the next play to seal the victory.

"It's been a roller-coaster season and we haven't been able to get into a rhythm," said Franks, who had five catches for 74 yards.

Portis, subbing for the injured Jackson, finished with 104 yards on 17 carries.

West Virginia led 13-0 at the half, but it could have been worse.

The Mountaineers had three turnovers, including a fumble at the Hurricanes 5. Marc Bulger threw two first-half interceptions after completing his first pass to Jerry Porter for a 43-yard score.

Bulger was 32-of-48 for 346 yards, but had four passes intercepted. Khori Ivy caught nine passes for 142 yards.

Though the Hurricanes rallied for the second week in a row, they can't explain their inconsistent play.

Miami didn't score in the first half against the Eagles last week and faltered against Florida State, East Carolina and Penn State, all games in which the Hurricanes led.

"It's something we just can't explain," linebacker Dan Morgan said. "In one phase of the game, we can see the defense making stops but the offense can't get anything going. And there are other times when our offense starts clicking and the defense starts struggling."