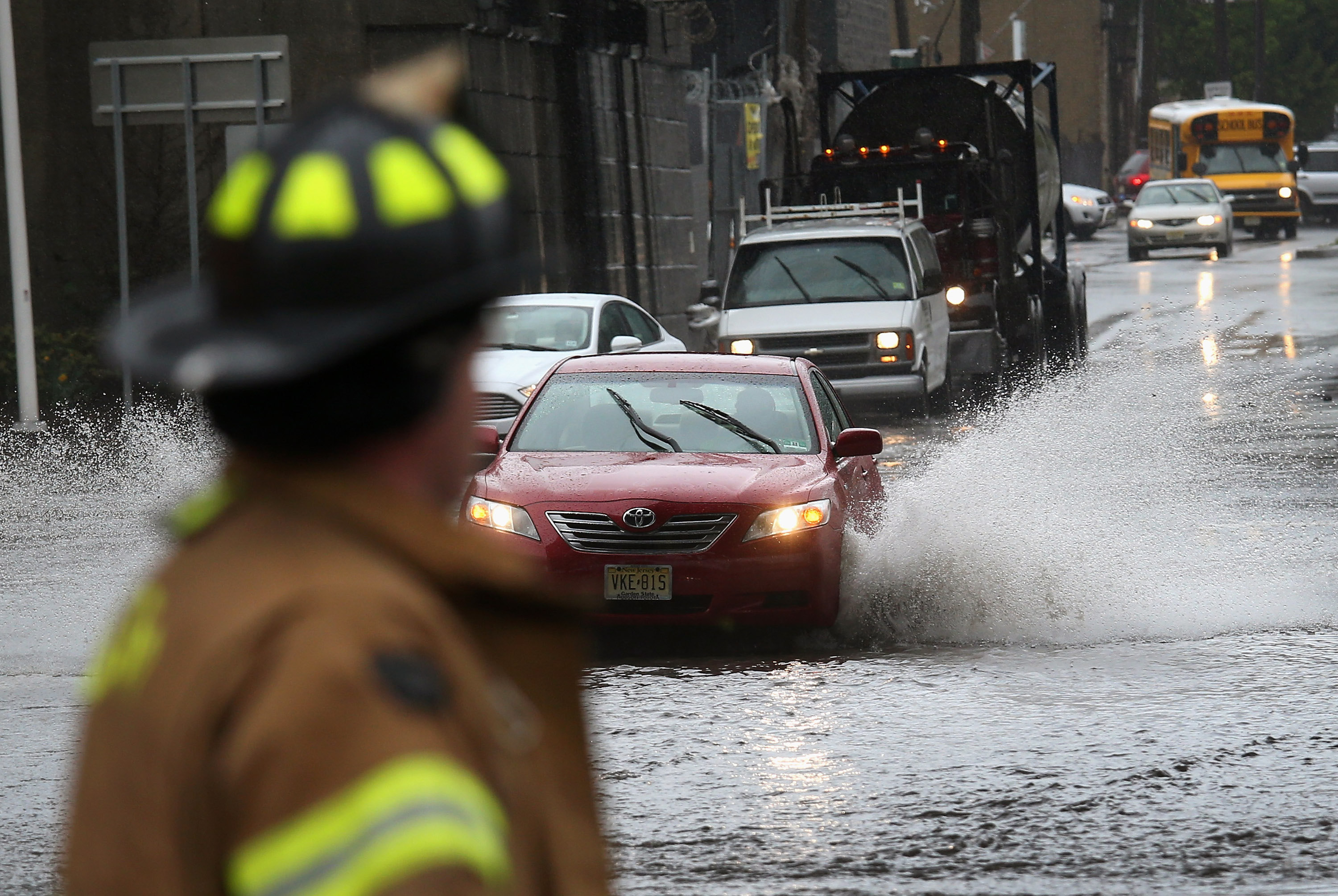 WASHINGTON -- Less than two years after Congress approved a landmark bill to overhaul the federal flood insurance program, lawmakers are poised to undo many of the changes after homeowners in flood-prone areas complained about sharp increases in premiums.

The House overwhelmingly passed a bill Tuesday night that would allow sellers to give their subsidized, below-market insurance rates to new buyers and lower the cap on how much flood insurance premiums can rise each year.

Rep. Michael Grimm, a New York Republican who co-sponsored the bill, said it would ensure that families across the country, including those still struggling to recover from Superstorm Sandy, can avoid "a wave of devastating premium hikes and foreclosures."

The Senate could soon follow. Sen. Robert Menendez, D-N.J., says he supports the House measure, which mirrors a bill he sponsored and the Senate approved in January.

The House bill "will end the most egregious problems with the flood insurance program and bring some real relief to thousands of homeowners who desperately need our help," Menendez said in a statement Tuesday night. "I'm encouraged by this progress and hope we can bring the bill over the finish line very, very soon."

A White House spokesman declined to comment on the House bill, but the White House said during debate on the Senate measure that it strongly supports a phased transition to risk-based flood insurance rates to help ensure that the federal flood insurance program has adequate resources to pay future claims.

"The administration recognizes that many policyholders may be challenged financially by the new rates and remains committed to working with the Congress to develop approaches that ensure economically distressed policyholders are not unduly burdened while maintaining the financial stability" of the flood insurance program, the White House said in a Jan. 27 statement.

Both the House and Senate measures are aimed at weakening a 2012 law designed to wean hundreds of thousands of homeowners off subsidized flood insurance rates. The federal flood insurance program is now some $24 billion in the red, mostly because of huge losses from Sandy and Hurricane Katrina. The 2012 law required extensive updating of the flood maps used to set premiums.

Rep. Maxine Waters, D-Calif., co-sponsored the 2012 law as well as the latest fix to what she called the original law's "unintended effects" of dramatic rate increases for homeowners.

Some GOP lawmakers complained that the Republican-controlled House was going along with a measure widely supported by Democrats. A total of 180 Democrats joined 126 Republicans in supporting the bill. The measure was approved 306-91.

Rep. Jeb Hensarling, R-Texas, chairman of the House Financial Services Committee, called the flood insurance program poorly run and doomed to failure, noting that it charges just 70 percent of what officials say is needed to break even.

The program uses a faulty model that understates flood risks, with the result that a single mother in Dallas who works at a grocery store subsidizes a millionaire's beachfront home, Hensarling said. "That is the definition of unfair," he said.

Implementation of the 2012 law has stirred anxiety among homeowners along the Atlantic and Gulf coasts and in other flood plains. Many homeowners have complained they face unaffordable rate increases. Anger over the higher rates has fueled a bipartisan drive to delay or derail many of the 2012 changes. The Senate bill approved in January delays implementation of the insurance overhaul for four years.

Rates imposed by the 2012 law are particularly high in older coastal communities in states such as Florida, Massachusetts, New York and New Jersey and have put a damper on home sales as prospective buyers recoil at the higher premium rates.

The House bill was brought to the floor under special rules that limited debate and required two-thirds support from those voting. That standard proved little challenge for bill supporters, despite opposition from tea party groups and other conservatives who said the measure would continue unfair federal subsidies for people who choose to live in flood-prone areas. Some environmental groups also opposed the bill, saying that climate change has increased the risk of flooding in coastal areas, making it illogical to continue to rebuild in flood zones.

The House measure would also give relief to people who have bought homes after the 2012 overhaul and therefore face sharp, immediate jumps in their premiums. Those homeowners would see rate increases capped at an average of 15 percent, with a maximum of 18 percent per year.

People whose second home is in a flood zone and those whose properties have repeatedly flooded would continue to see their premiums go up by 25 percent a year until reaching a level consistent with their real risk of flooding.

FEMA would retain the ability to increase premiums each year, but the increases wouldn't be as steep as mandated under the 2012 law. A surcharge on each of 5.6 million policyholders would offset the cost of continued subsidies for about 1.1 million homeowners.

The changes proposed by the House dismayed supporters of the 2012 law, who said it began to remove incentives for people to live in costly, flood-prone areas.

"Nobody wants to see their rates go up. But taxpayers across the country don't want to support a program that is $24 billion in debt and climbing," said Steve Ellis, vice president of Taxpayers for Common Sense, a Washington-based watchdog group, of the federal flood insurance program.

A far better solution than either the House or Senate bill would be to slow down the rate increase, even dramatically, "but still allow rates to continue to move toward their risk-based" level, Ellis said.