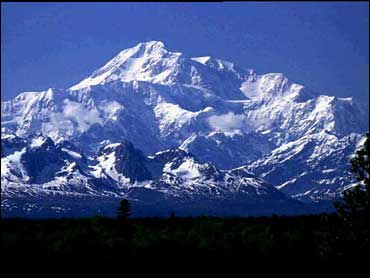 Mizuki Takahashi, 36, a veteran climber from the Seattle suburb of Lake Forest Park, Wash., was pronounced dead by a rescue team after the Thursday night fall. Her climbing partner, 27-year-old Brian Massey of North Bend, Wash., was taken back to a ranger tent for treatment but never regained consciousness and died Friday.

Fister said members of a mountaineering ranger patrol at the 17,200-foot level witnessed the fall that began just shy of the 19,000-foot mark.

The roped pair fell to an elevation level just below where the patrol was stationed.

The two were scaling the Upper West Rib, Fister said.

It was the first climbing fatality on the 20,320-foot peak since May 2005 when two Ohio men died, Fister said.

Ohashi touted Massey's work as a teacher in the department's community emergency response team classes, which are designed to help civilians become more self-sufficient during the first 24 to 48 hours of a disaster.

He also recalled Massey as a tech-savvy firefighter who helped the department convert data for street and building maps to mobile computers, making responses safer and more efficient.

"He was still doing a lot of learning, but he took it upon himself to do a lot of other things," Ohashi said. "And those were all voluntary. He chose to help the department in so many other ways."

Firefighters are prepared to see death daily, even among their own ranks, but when a colleague dies off the job, the impact among friends is more pronounced, Ohashi said.

"The fact that we can't do anything for Brian right now is very frustrating to our members," Ohashi said. "Right now, everybody just wants to go up there and bring Brian home."

Raised in the Denver area, Massey came to Washington in 1997 to attend Gonzaga University, a family representative told the Seattle Post-Intelligencer. Massey's wife, Jessica, could not be reached for comment.

Takahashi was born in Japan but moved to Seattle more than five years ago, said Paul Burke, a Seattle friend.

Burke told the P-I that Takahashi worked in the medical field.

She also served as a guide for The Mountaineers, leading climbing parties at Glacier Peak, according to the Seattle outdoors organization's Web site.

"She was a very, very strong climber," Jim Farris, a Mountaineers climb leader and board member, told the newspaper.