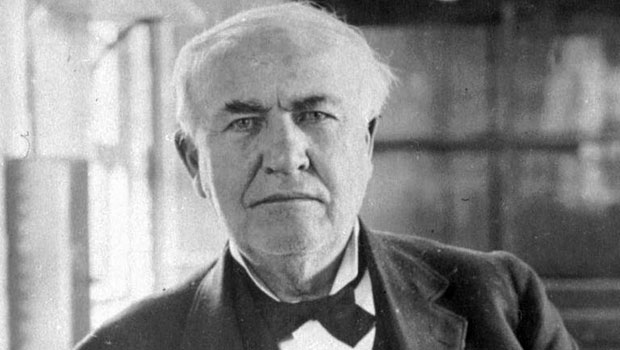 (CBS/AP) - Scientists using advanced imaging technology have recovered a 123-year-old recording made by Thomas Edison that is believed to be the world's first attempt at a talking doll and may mark the dawn of the American recording industry.

In the sound recording, a woman can be heard reciting a verse of "Twinkle, Twinkle, Little Star."

Historians believe Edison hired the woman to make the recording less than two years before he unsuccessfully put the first talking doll on the market.

"Based on the date of fall 1888, it is the oldest American-made recording of a woman's voice that we can listen to today," said Patrick Feaster, a historian at Indiana University in Bloomington.

Feaster pored through historical documents and 19th-century newspaper reports to piece together the story behind the recording. Edison hoped to mass-produce the toys, but the era's rudimentary technology meant that to make 100 dolls, Edison would have to get artists to recite the lullaby 100 times.

"They must have been hired and paid to do this," Feaster said. "These were presumably the first professional recording artists."

The small piece of ring-shaped tin bearing the woman's voice never made it into a doll because wax records replaced metal ones by 1890, when Edison started selling his first talking dolls. Those fragile and easily broken toys were a market flop.

Yet almost 80 years after the mystery woman lent her voice to Edison, the recording showed up in 1967 in the archives of the Thomas Edison National Historical Park in West Orange, having been recovered from a secretary's desk drawer in Edison's laboratory.

"It was clear from looking under the microscope that it had a sound recording on it. Phonograph grooves have a familiar shape," said Jerry Fabris, a museum curator with the National Park Service.

But the metal ring - about 2.5 inches around and half an inch wide - was so bent and damaged that scientists couldn't play it.

More than four decades later, scientists at the Lawrence Berkeley National Laboratory in Berkeley, California used image analysis in May to create a digital model of the record's surface. That model was then used to reproduce the recording as a digital file, not unlike the modern technology behind the voice that emerges from today's talking dolls.