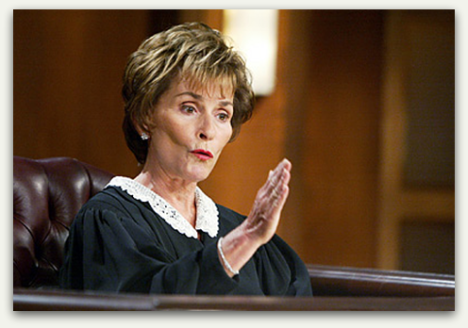 It may come as no surprise that the job of newspaper reporter is going the way of the buggy whip maker -- but the forces of modernity have placed some unexpected occupations on the endangered species list as well. Using statistics from the Bureau of Labor Statistics' Occupational Outlook Handbook 2010-2011, we identified 10 of the most surprising job categories whose numbers are projected to shrink in the coming years, plus a few that will grow so slowly that you might as well be sending your resume to Greece for a civil service job.

Politicians can argue whether the best quality for a judge is empathy or an ability to call balls and strikes, but here's a different perspective: What you really need is patience. By 2018, the BLS predicts that there will be 700 fewer jobs for judges, magistrate judges, and magistrates, than there were in 2008, thanks mainly to budget cuts. And since the average tenure for a judge is 14 years, turnover is glacial. "Years ago, some left to become general counsel in the private sector, where they could triple their salary, but since the economic downturn, they're staying longer on the bench," says Tamara Dillon, who researches the occupation for the BLS.

Call it Project Turnaway. By 2018, only 200 more designers will find work in a field that employed 22,700 people as of 2008. That's about 2 percent of the number who applied to become Project Runway contestants in 2009, estimates Carol-Hannah Whitfield, who was a finalist on the show that year. "The world doesn't need another designer," Whitfield says.

Blame it on the software. New programs allow underwriters to take on three times as much work as in the past, collapsing the need for more hires. As a result, the BLS projects that the number of people employed in the field will decline by 4 percent, or 4,300 jobs, by 2018. "[The underwriter] just punches in data, and it spits out, say, whether a potential homebuyer is approved or not," says Henry Kasper, supervisory economist at the BLS. Growth in the insurance industry isn't exactly exploding either, further undermining the career outlook for underwriters.

Call it the Attack of the Roaming Gnome: Online sites such as Travelocity, Priceline.com, Expedia, and Orbitz have decimated the ranks of travel agents as consumers increasingly book their own trips. The BLS expects 1,200 fewer travel agents to be employed in 2018 than in 2008. And the number of traditional travel agencies has been sliced in half -- from a peak of 44,000 in 1997 to about 20,000 today, according to Douglas Quinby of PhoCusWright, a travel industry research company based in Sherman, Connecticut.

Read it and weep: According to the BLS, a whopping 4,400 jobs will disappear by 2018 (out of 69,400 total in 2008). That's more than three times the number of newsroom employees at The New York Times. The bad news for print can be summed up in one word: Internet. "Some of the print people are finding jobs online," says Lauren Csorny, an economist at the BLS. But there aren't enough to make up for the losses. No wonder that newspaper reporters ranked No. 184 out of 200 jobs, one slot above stevedore, in CareerCast.com's annual JobsRated survey.

The play-by-play for this occupation isn't pretty. Consolidation has eliminated many jobs already, and technology is hijacking off-air tasks, such as editing, once performed by announcers (and future announcers paying their dues). Add the increased use of syndication and the growth of satellite radio and the picture is even bleaker. By 2018, broadcasting is expected to lose 2,400 radio and TV announcer jobs.

Automation and offshoring will decimate the ranks of production managers by 2018. According to the BLS, employment will drop by 11,900 jobs from a 2008 total of 156,100. With faster machines and better productivity, one plant can do the work of two, squeezing managers out. Increased imports of manufactured goods will do additional damage. With 50 percent of the textile industry moving off-shore, for example, half the plant managers in that sector are at risk of losing their jobs. The outlook is equally bleak for managers in the computer, electronics, and auto parts industries.

Nearly half of all chemists are employed in manufacturing firms -- plastics, pesticides, and paint, to name a few. And that's a bummer for them, because manufacturing companies are continuing to outsource their R&D and testing to small, specialized firms, cutting job opportunities for in-house chemists. The profession lost 10,000 jobs from 2009 to 2010, according to the BLS, which projects only a 2 percent rise in the total number of chemists employed by 2018.

The Federal government is the largest employer of economists in the country. More than half -- 53 percent -- of all economists in the U.S. work for declining government sectors, so Uncle Sam's not hiring a lot of economists just now. "Econ" is a hot college major, but most of those newly-minted grads won't find work as traditional economists. Instead, they'll end up in niche sectors in business, finance, insurance, and education. Those set on working as conventional economists better have a Plan B, or a Plan Ph.D, because they'll need one. The economists at BLS do tell us that by 2018, an additional 900 economists will be employed -- so the outlook is not as dismal for dismal scientists as it is for, say, travel agents. But if current trends continue, the future isn't promising. "You look at the last 10 to15 years and it has been flat," says Henry Kasper of the BLS. "There's little reason to think it's going to get better."

OK, it's not a profession, but it's worth keeping in mind if you aspire to the corner office: Mergers and streamlining will make the climb to the top harder than K2, as companies combine and jobs are eliminated. The BLS projects that there will be 5,500 fewer CEOs by 2018. To boost your odds, consider Rosetta Stone; CEO candidates should be fluent in at least two languages, says Patricia Tate of the BLS. So if you speak Spanish, Arabic, or Chinese, f»licitations.

Where the jobs are

If all this talk of disappearing jobs got you down, check out these fast-growing job categories: