As much as 7 inches of snow fell in Grapevine, while most areas saw at least 2 inches. DFW International Airport saw 3.5 inches of snow fall in the storm -- the fourth highest total on record for the month of March. 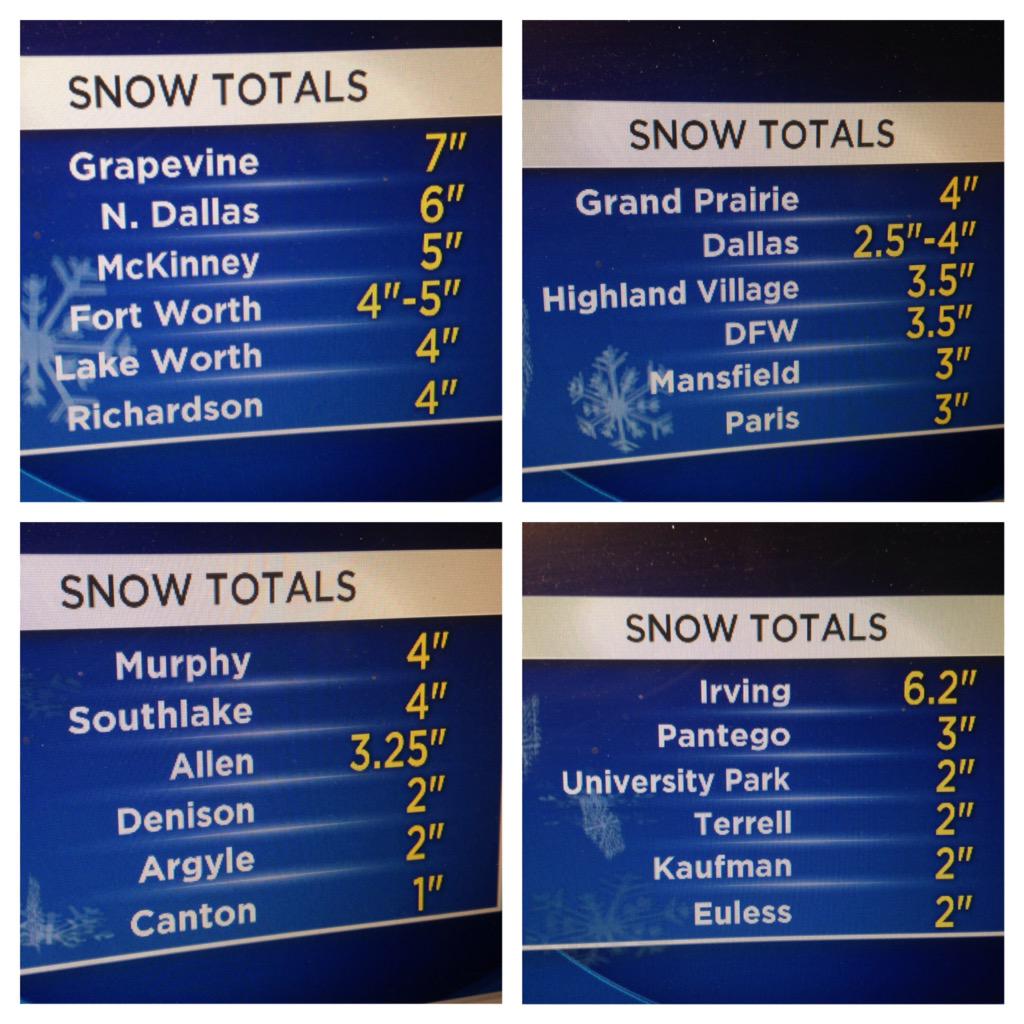 The area hasn't seen this type of accumulation in the month of March since March 7, 1947.

The record low for March 5 is 20 degrees in 1989. The projected low on Thursday night into Friday morning is 22.

Numerous school districts -- including Dallas, Fort Worth and Plano ISD -- cancelled classes on Thursday due to dangerous road conditions.

Many vehicles and 18-wheelers became stranded on the icy roads, requiring the help of specialized vehicles and causing major delays.

DART rail lines and buses were operating on a limited basis Thursday morning, while 380 arriving flights and 322 outbound flights were cancelled at DFW International Airport. 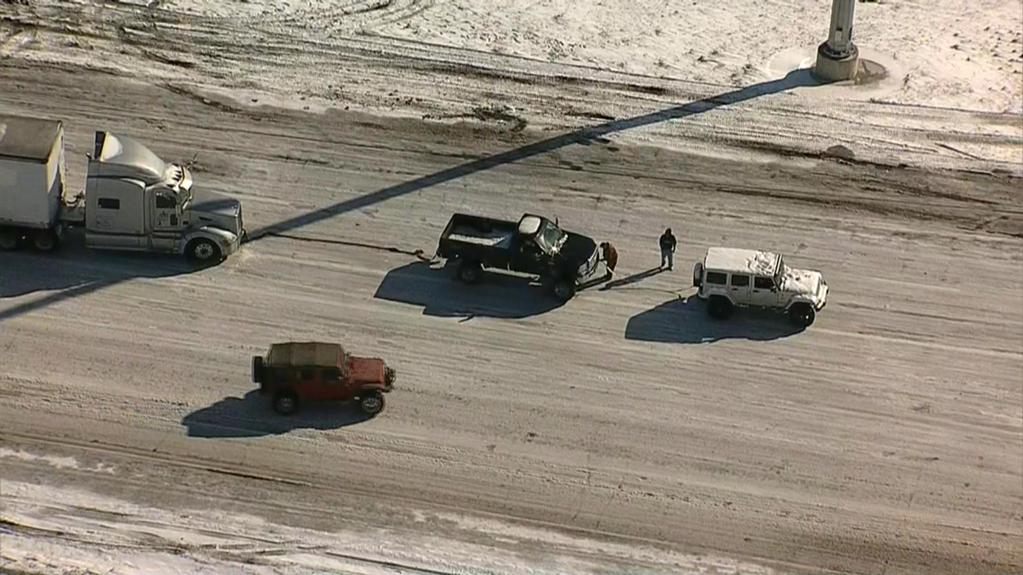 An American Airlines flight bound for Chicago was stranded on the tarmac for 3.5 hours early Thursday. AA flight 2345 was cancelled after pulling away from the gate, but the tug used to pull the plane was unable to gain traction on the ice.

Students and parents took advantage of the opportunity, gathering at Flagpole Hill in Dallas to enjoy the powdery snow.

(©2015 CBS Local Media, a division of CBS Radio Inc. All Rights Reserved. This material may not be published, broadcast, rewritten, or redistributed.)