Southfield (CW50) - Known as the "Grandmother of Juneteenth," Ms. Opal Lee describes herself as, "just a little old lady in tennis shoes getting in everybody's business."

Ms. Lee is best known for "Opal's Walk 2 DC" in 2016 at when she was 89 years old. She started with the plan to walk the 1,400 miles from Fort Worth, Texas to Washington, D.C. in hopes of gaining support from Congress to officially name Juneteenth a national holiday. With the goal of 100,000 petition signatures, Ms. Lee set out on her mission and hasn't stopped since. She has since reached over 1.5 million signatures.

On June 17, 2021, President Biden passed a bill making Juneteenth a National holiday. Ms. Lee was in the White House and stood alongside the president during the signing of the bill.

Today, Ms. Lee has written a children's book about her journey, participated in celebrations of Juneteenth, and has continued to walk to make change. On June 19th, Ms. Lee will embark on her annual 2.5 mile walk to recognize the 2.5 years it took for the news of freedom to reach all enslaved people in the United States. 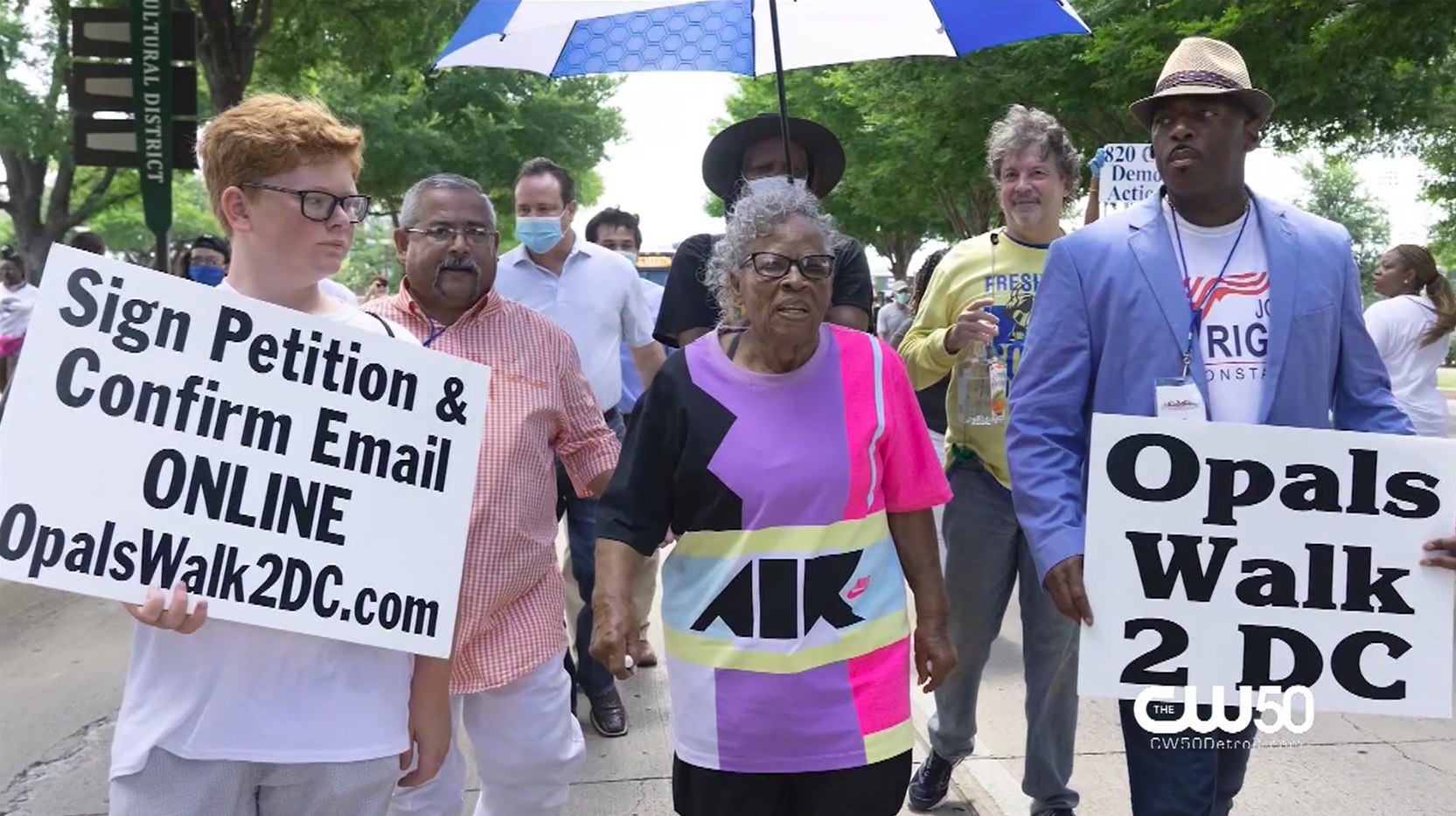 Juneteenth, also known as Freedom Day or Black Independence Day, was a day 2 and a half years after the signing of the Emancipation Proclamation, when 250,000 slaves in Texas learned that they were free on June 19th, 1865. These slaves had been free the entire time, but were not told. The announcement of General Order No. 3 by Union Army general Gordon Granger, proclaiming freedom for enslaved people in Texas. At the time, Texas was the last remaining state with institutionalized slavery.

For decades now, the Black community has celebrated Juneteenth as a day of independence. The celebration and recognition of Juneteenth was not well known in the mainstream around the United States until recently. Its designation as a National Holiday was brought on by people like Ms. Lee, who have fought tirelessly to bring awareness of Juneteenth into popular culture.

Ms. Opal Lee, the "Grandmother of Juneteenth," joins Jackie Paige on Community Connect to discuss her journey to make Juneteenth a National Holiday, and what she continues to fight for now that the holiday has been nationally recognized.