Southfield (CW50) - Jonathan Harris is an artist who was born and raised in Detroit. He attended the Detroit School for the Fine and Performing Arts, Henry Ford Community College, and Oakland University, where he majored in Graphic Design and minored in Studio Art.

Harris uses his work to focus on current events and the African American experience, raising awareness for social and world issues. His latest work, Critical Race Theory, created in response in the community to the recent controversy over the subject matter no longer being taught in schools. His art has garnered responses and sparked conversation across the community. 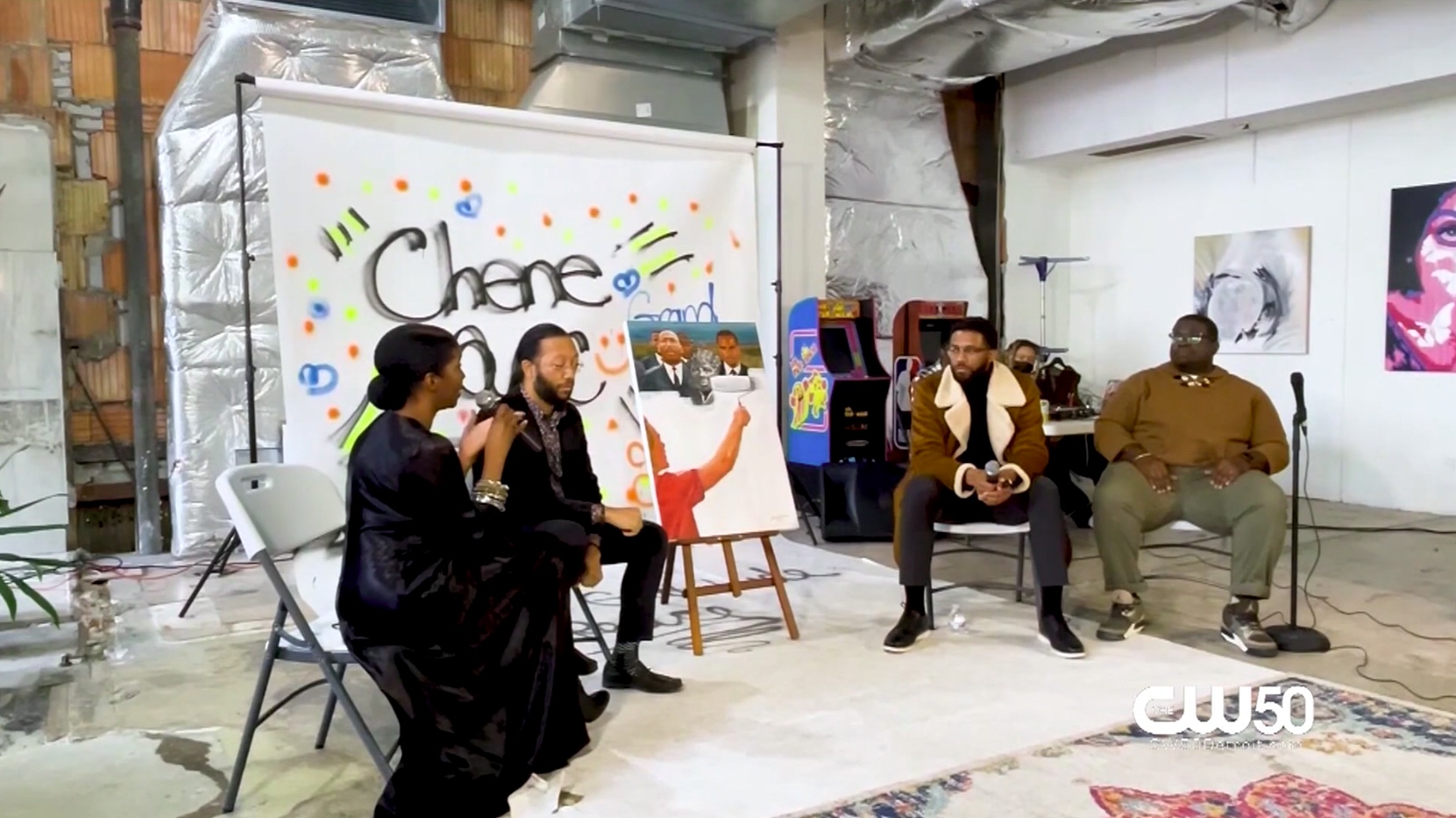 Critical Race Theory is a cross-disciplinary intellectual and social movement of civil-rights scholars and activists who seek to examine the intersection of race and law in the United States. The main theme focuses on race as a social construct, and has lead to controversy in the public school system, where some states believe the academic teaching of Critical Race Theory do not belong in the educational system.

Harris joins Jackie Paige on Community Connect to discuss where the idea for his Critical Race Theory painting came from, and what he hopes the painting achieves in the broader discussions of the academic theory.