AURORA, Colo. (CBS4) - After the third shooting in the last week-and-a-half involving police in Aurora, Chief Nick Metz is taking a hard line against anyone who threatens one of his officers.

"If you point a gun at one of my officers, expect that there will be an aggressive and a very overwhelming response," Metz said in a news conference called Thursday afternoon to discuss Wednesday's fatal shooting. "Because my expectation is that my officers go home at the end of shift."

Metz said he believes four of his officers acted appropriately early Wednesday morning when they fired their guns at the armed suspect who led them on a high speed police chase. Stephen Ray Schuster died soon after being shot. Police have said he was white and in his 30s, and on Thursday they said he has an extensive criminal record.

The sequence of events began with an armed carjacking in a Wendy's parking lot on East Colfax Avenue and Chambers Road. Police located the Jeep that was stolen and attempted to stop it at the intersection of East Mississippi Avenue and South Rifle Street.

Instead of agreeing to stop, Schuster, 34, rammed a patrol car and continued driving. That's when police began their pursuit.

Schuster then led police on a 17 mile chase that reached speeds of 80 mph.

"The suspect put the public in increased danger by driving southbound in the northbound lanes of South Tower Road multiple times," Sgt. Matthew Fyles said. "Officers that were responding in the area assisted by closing down intersections to mitigate the danger to the public." 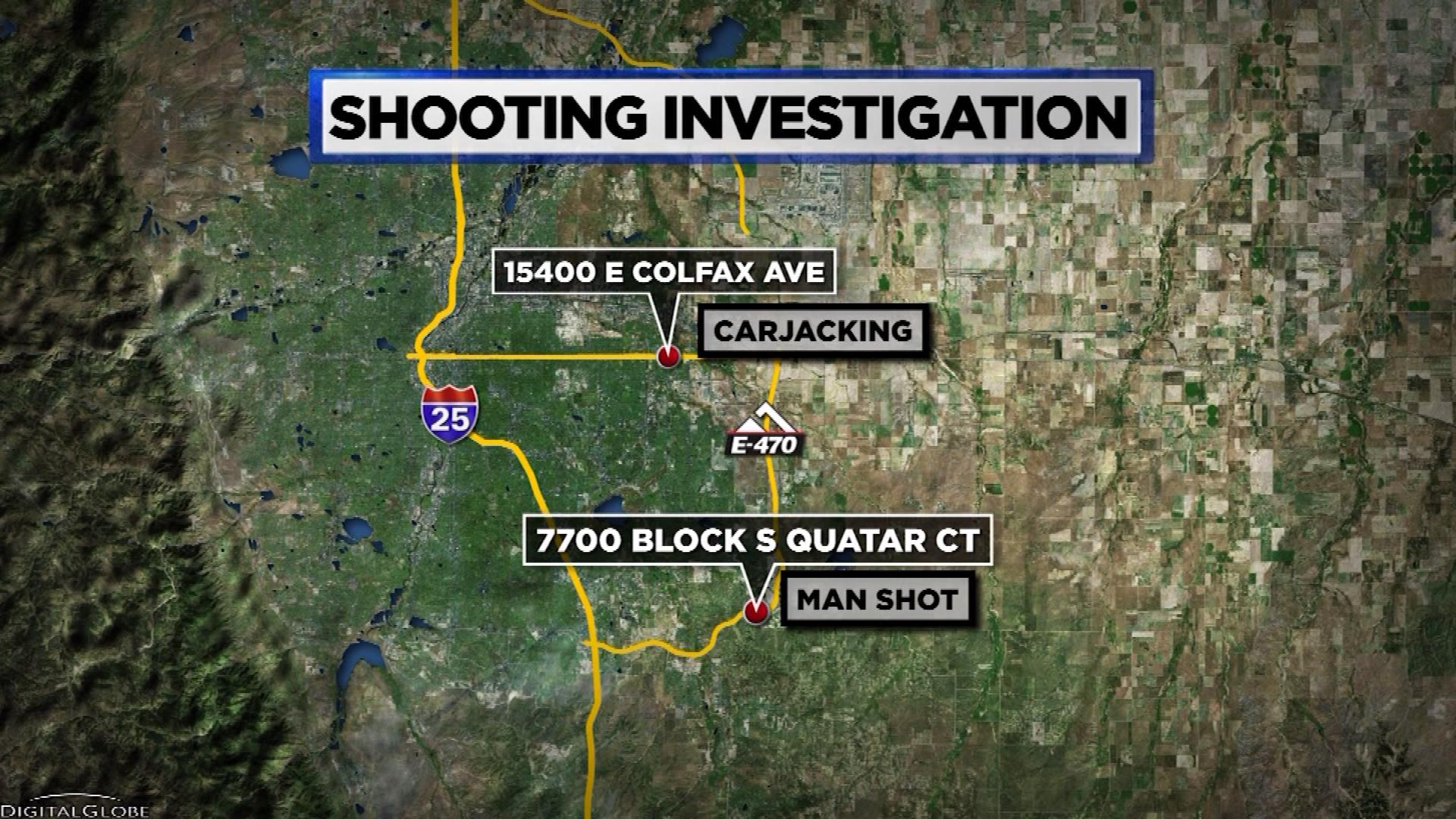 Officers pursued the Jeep to a dead end on Aurora Parkway and then pinned it with their police cars and fired the fatal shots. Fyles said Schuster had a gun in his hand at the time he was shot.

Police said Thursday a female passenger in the suspect's vehicle was uninjured and arrested on an active warrant.

"She provided us a statement and in that she advised that just prior to the pursuit coming to an end the suspect -- the decedent -- indicated that he would shoot it out with police, that he would kill them all if he had to," Fyles said.

The four Aurora police officers who fired shots have been placed on administrative leave, which is standard for such shootings. Police haven't stated exactly how many rounds were fired.

Metz said he is dismayed by the fact that there have been so many incidents that have escalated to the point recently where officers have had to fire their weapons.

"We are seeing increased violence out in our communities. Our officers have been facing a lot of physical aggression," Metz said.