The FDA is expected to authorize a third vaccine dose for some immunocompromised Americans. Also, the CDC is now urging that pregnant people get vaccinated against COVID, citing new safety data. All that and all that matters in today’s Eye Opener. 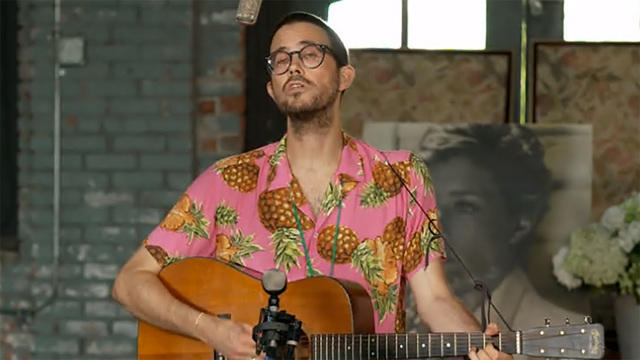 Elvis Perkins joins this week's Saturday Sessions. Alongside bandmates that include his mother's godson and a longtime family friend, Elvis Perkins performs "Emile's Vietnam in The Sky" — a song that from his 2007 debut record "Ash Wednesday." 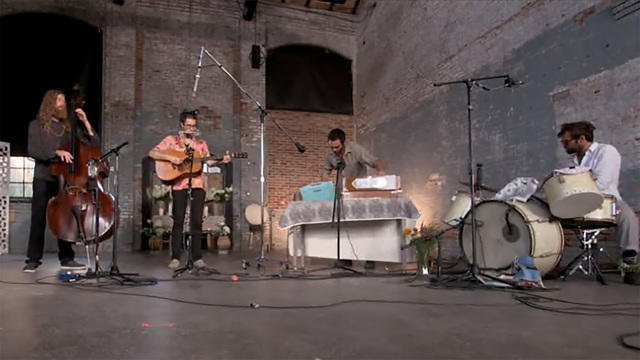 Elvis Perkins joins this week's Saturday Sessions. Alongside bandmates that include his mother's godson and a longtime family friend, Elvis Perkins performs "Good Friday" — a song that from his 2007 debut record "Ash Wednesday." 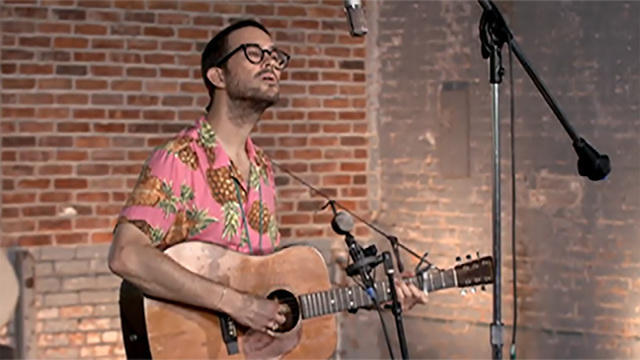 Saturday Sessions: Elvis Perkins performs "While You Were Sleeping"

Elvis Perkins joins this week's Saturday Sessions. Alongside bandmates that include his mother's godson and a longtime family friend, Elvis Perkins performs "While You Were Sleeping" — a song that was one of his mother's favorites from his debut record "Ash Wednesday." 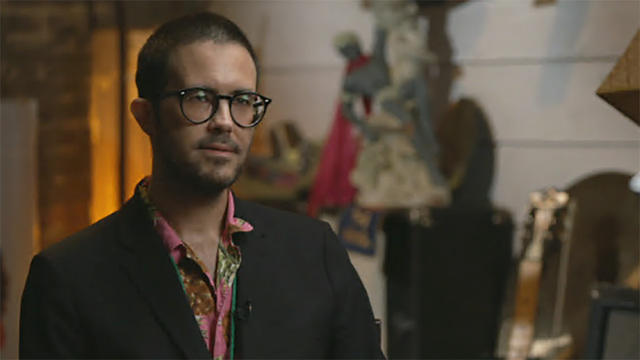 Elvis Perkins released his debut studio album "Ash Wednesday" in 2007, more than five years after the day that would affect him in deeply personal and profound ways. His mother, Berry Berenson-Perkins, was heading home aboard American Airlines Flight 11 when she died at the World Trade Center. On the 20th anniversary of the September 11 attacks, Perkins remembers her and talks to Anthony Mason about how she helped him become a singer. 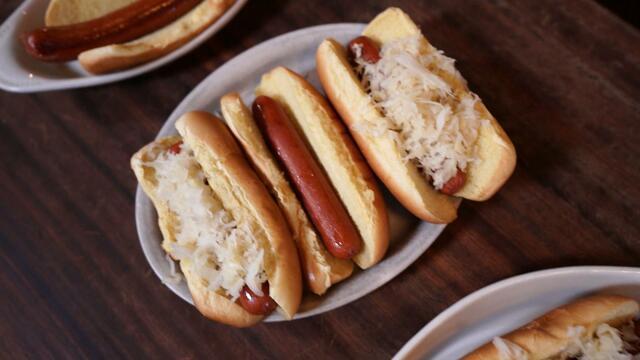 Feltman's hot dogs were the first and original hot dogs before Nathan's. Feltman’s story is not well known around most of the country, but it's legendary in Coney Island. A trio of brothers grew up hearing stories of the old Feltman’s restaurant and now, two of those brothers have brought Feltman’s back, carried by the memory of the one they lost on 9/11. Jeff Glor has the story. 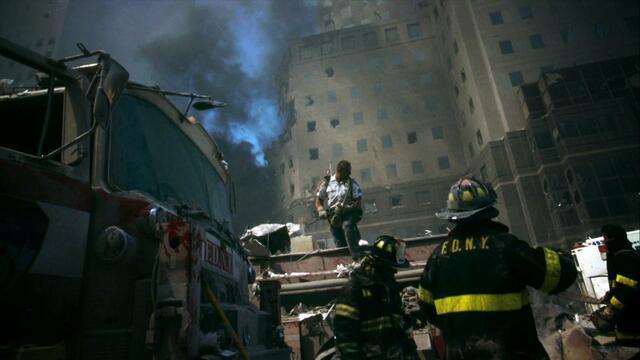 Tunnel to Towers began with one runner, Stephen Siller, a valiant firefighter trying to get to the Twin Towers on 9/11 any way he could. Now, tens of thousands travel that same route every year, while others are walking an even greater distance to honor his heroic sacrifice and that of his colleagues. Dana Jacobson has their story. 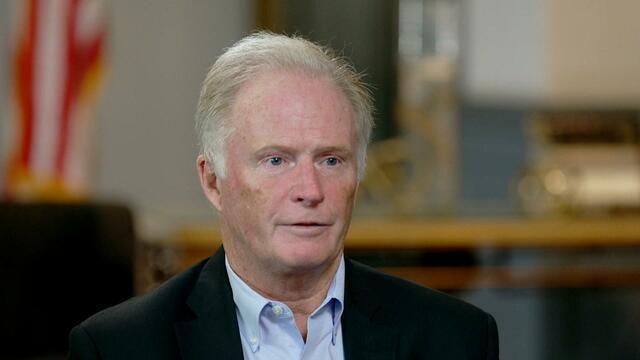 The events of September 11, 2001 led to the U.S. war in Afghanistan, which came to an end last month. The campaign was part of the “War on Terror.” One decorated commander, a former head of special operations, was involved in key developments along the way. Catherine Herridge has his story. 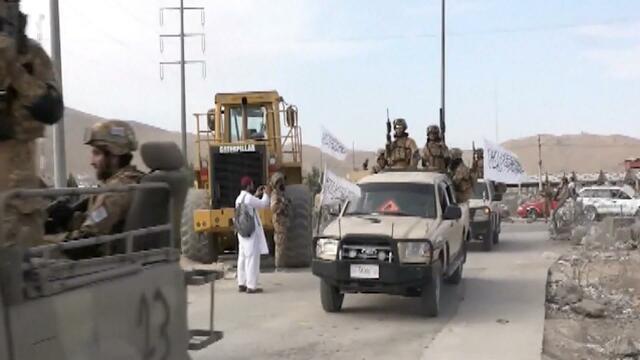 Less than a month after 9/11, the United States invaded Afghanistan, where Al-Qaeda planned the attacks. The war lasted nearly 20 years and became America’s longest war and cost the lives of more than 2,200 American service members. The U.S. withdrew its final forces in August, leading to chaos. Charlie D'Agata reports from the Afghanistan-Pakistan border where people are desperate to flee. 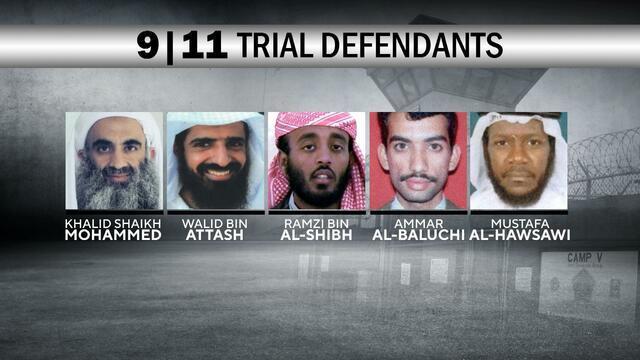 The case against the five men accused of aiding the hijackers inched forward with pre-trial hearings. In the gallery were a handful of 9/11 family members. Senior investigative correspondent Catherine Herridge reports from Guantanamo Bay, Cuba. 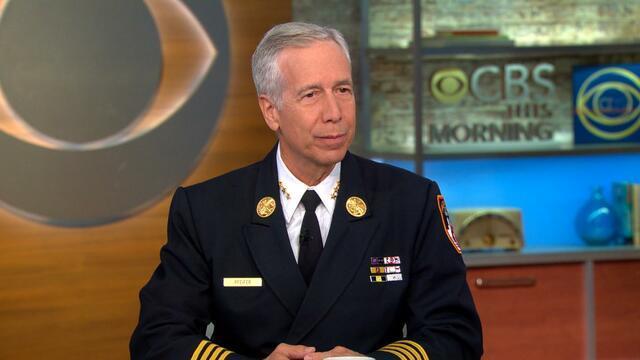 Retired New York City Fire Chief Joseph Pfeifer was the first fire chief on the scene on 9/11. Remarkably that day, he was being filmed by a documentary crew shooting a film about firefighters in Lower Manhattan. The group watched the first plane hit the World Trade Center, and the chief and the crew immediately raced to the scene. Pfeifer is telling his story of that day in a new book “Ordinary Heroes: A Memoir of 9/11." He joined “CBS This Morning: Saturday” to speak about that day. 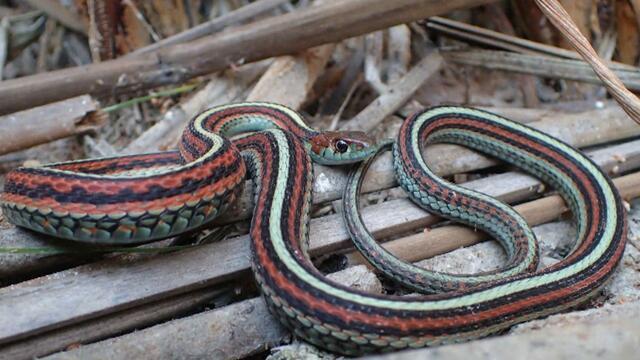 The airport has set aside and fenced in 180 acres just for the endangered animals. 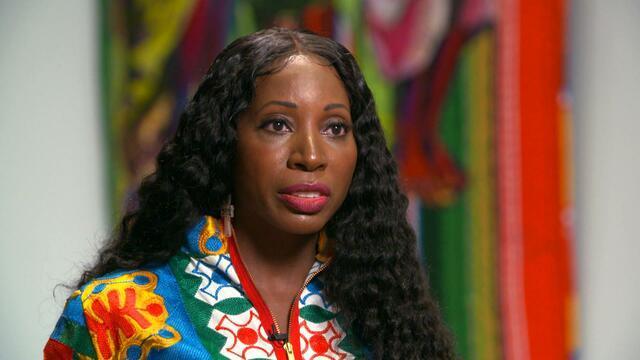 Butler's art celebrates the craft of quilting as well as the beauty and pride of the Black lives they depict. 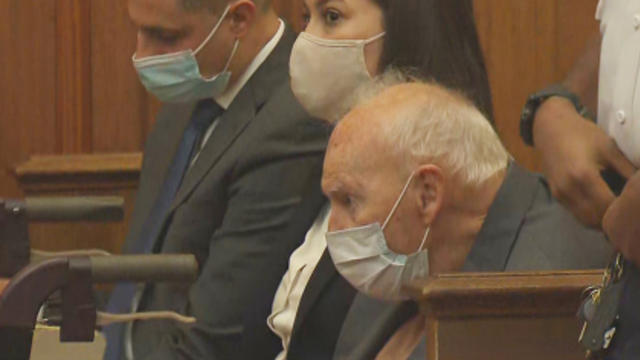 The 91-year-old former Archbishop of Washington D.C.'s appearance on criminal child sex abuse charges marked a day of reckoning not only for him, but for the Catholic Church. 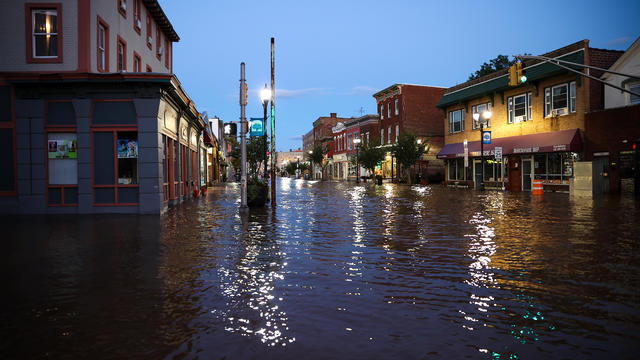 As the death toll from record rainfall and flooding continues to rise, communities are left to dry out and pick up the pieces from a storm that swept across more than a thousand miles. 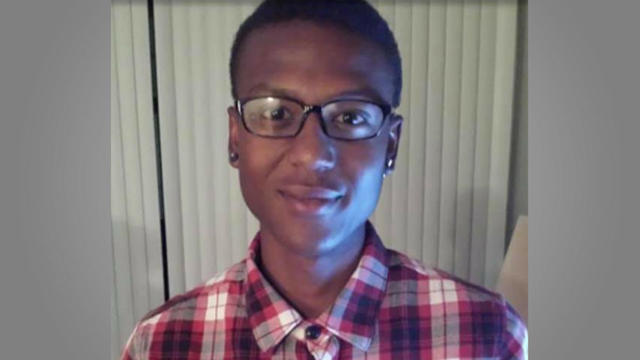 Elijah McClain's family on indictments: "We can hold them accountable"

The family of 23-year-old Colorado man who died after being put in a chokehold and injected with a powerful sedative responds to the grand jury indictments of three officers and two paramedics. 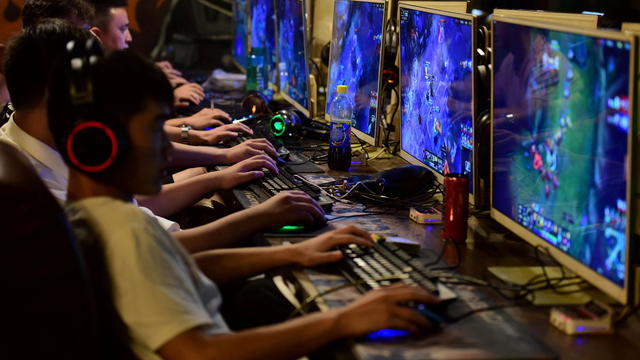 Under-18s in China can now only game online for 3 hours per week, and while internet addiction is clearly a massive problem for many families, there's more to the crackdown than protecting kids. 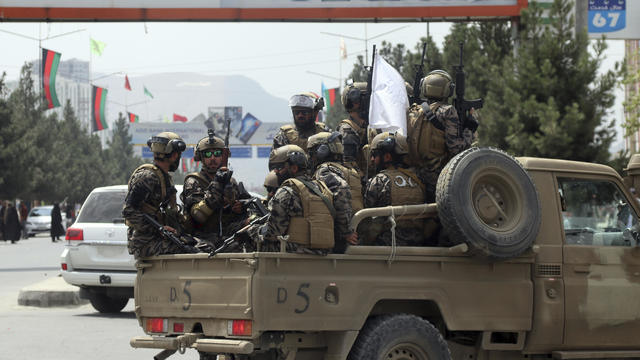 With Afghans scrabbling to get their cash out and even basic services like water and electricity at risk, the former insurgency is already looking for help, and getting it. 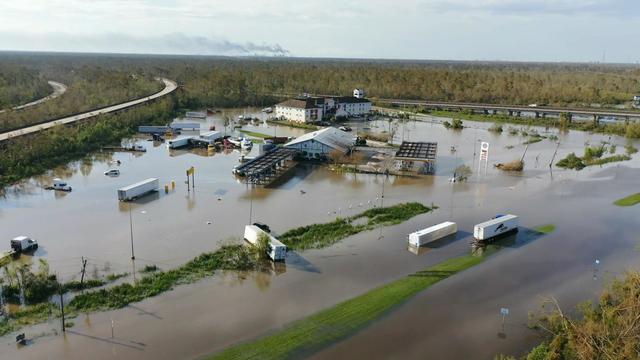 Rescue crews in Louisiana search for residents stranded by Ida

Roughly 760,000 people are either without water or under a boil water advisory and nearly a million remain without power​ in the aftermath of Hurricane Ida​​. 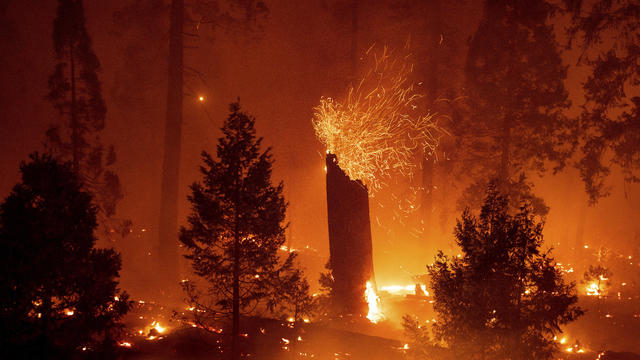 Around 50,000 people are under evacuation orders as the popular resort area faces a fire threat it hasn't seen in decades. 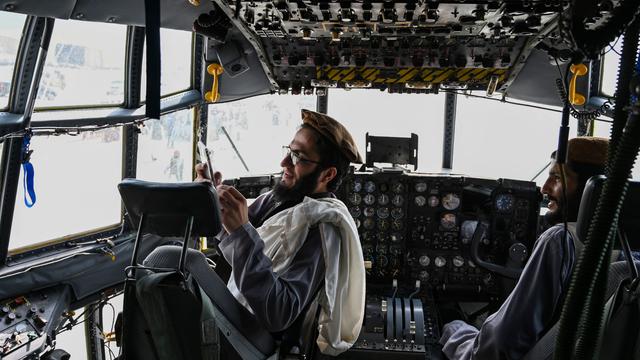 Taliban gloats as America pivots to a "new chapter" in Afghanistan

The former insurgents celebrated with gunfire and paraded around Kabul's airport showing off abandoned military hardware the day after the U.S. abandoned its 20-year war effort. 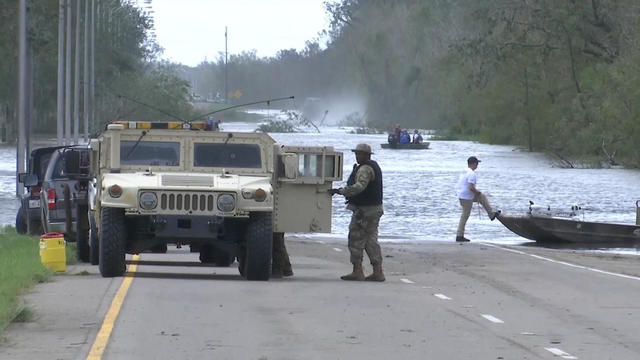 Search crews "trying to save lives" in Louisiana after hurricane

More than 750 people are helping with the search and rescue efforts, while over 25,000 linemen are trying to restore electricity. 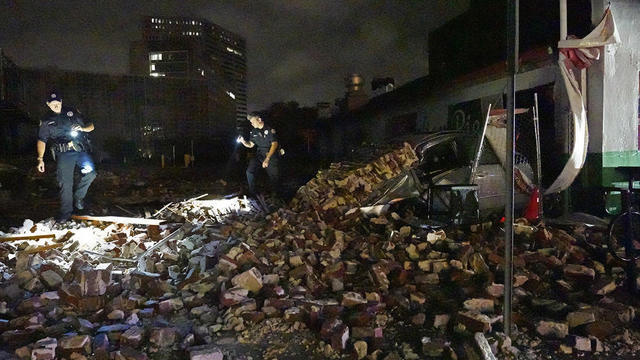 Ida's path of destruction: New Orleans may be without power for days

At least one death reported from one of the strongest storms to ever hit the U.S. mainland.

Send comments about today's broadcast. Every comment will be read, but due to the high volume of feedback we cannot reply to all submissions. 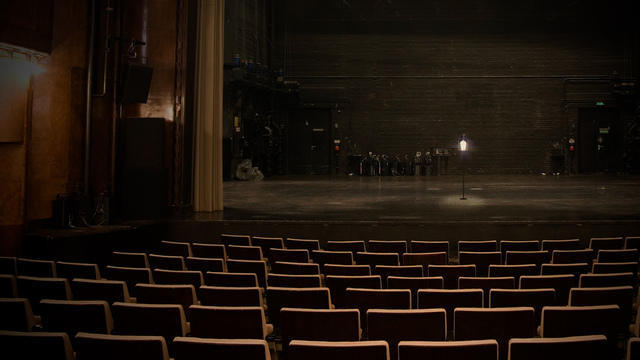 After Broadway’s unprecedented 18-month pandemic shutdown, CBSN Originals’ new documentary looks at how people on stage and behind the scenes pivoted to survive. 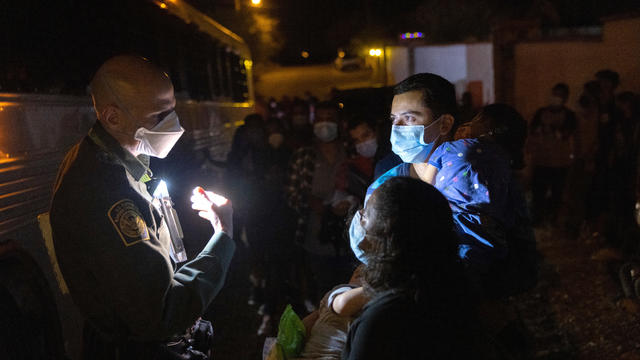 Under a Trump-era policy that the Biden administration has maintained, hundreds of thousands of migrants have been expelled without a chance to apply for asylum. 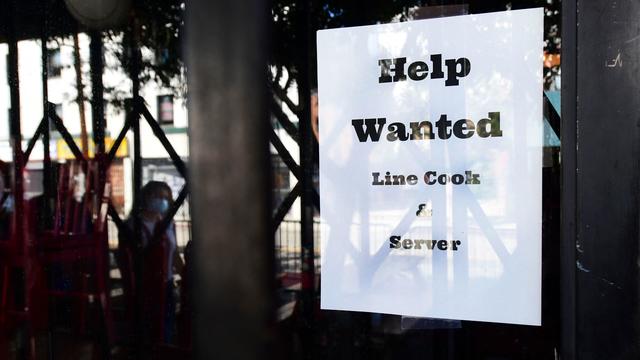 Federal labor data show that millions of job vacancies are going unfilled. Analysts say that could slow the recovery. 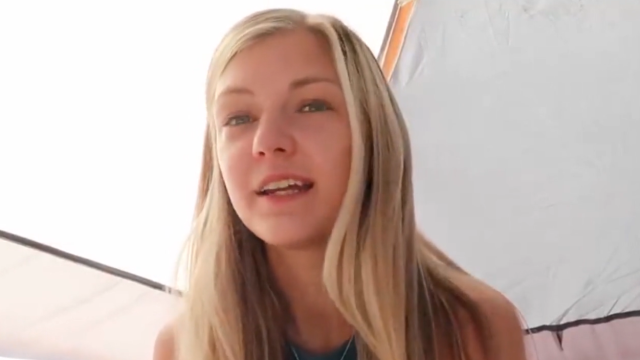 Police said the disappearance of Gabby Petito is still being investigated as a missing person case. 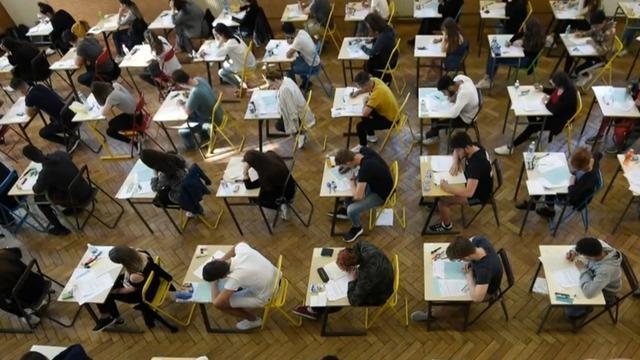 Florida will replace its current end-of-the-year exam known as "FSA" with three smaller tests throughout the year, a move Governor Ren DeSantis will help schools better track students' progress. Former state senator and current CEO of the Florida Association of District Superintendents Bill Montford speaks with CBSN's Tanya Rivero about what they change will mean for students and teachers. 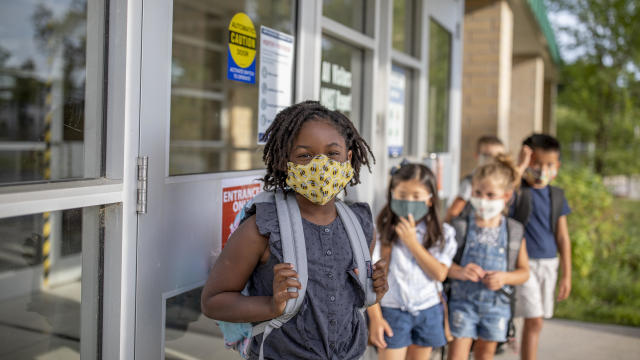 When can kids get vaccinated? Are Delta variant symptoms worse?