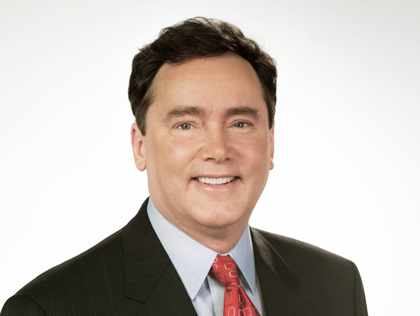 Ken MacLeod is a general assignment reporter and anchor at WBZ-TV News.

Before joining the Boston-based station, MacLeod worked at WKMG-TV (CBS) in Orlando, Florida where he co-anchored the station's morning program and the top-rated noon news for three years. Prior to working in Orlando, MacLeod was co-anchor and reporter for the #1 rated noon news at WAGA-TV (CBS/FOX) in Atlanta, Georgia. He was also news anchor and interim co-host of "Good Day Atlanta," the station's most watched morning program. MacLeod worked as a general assignment reporter for the station from 1990 to 1996.

Born in Montclair, New Jersey, MacLeod received a bachelor of science degree in Broadcast Journalism from Boston University. While attending college he interned for WBZ-TV and WNAC-TV. MacLeod and his family currently reside in the Greater Boston area, close to where his father grew up in Lynn, Massachusetts.

You can reach Ken at kmmacleod@cbs.com.

Boston's WBZ-TV is owned and operated by CBS Television Stations, a division of CBS Corporation.