As Michael Vick was taking a pounding at the hands of the New Orleans Saints' Defense guess who took to Twitter?

The other Vick… The irrelevant one… MV5, yes Marcus Vick… 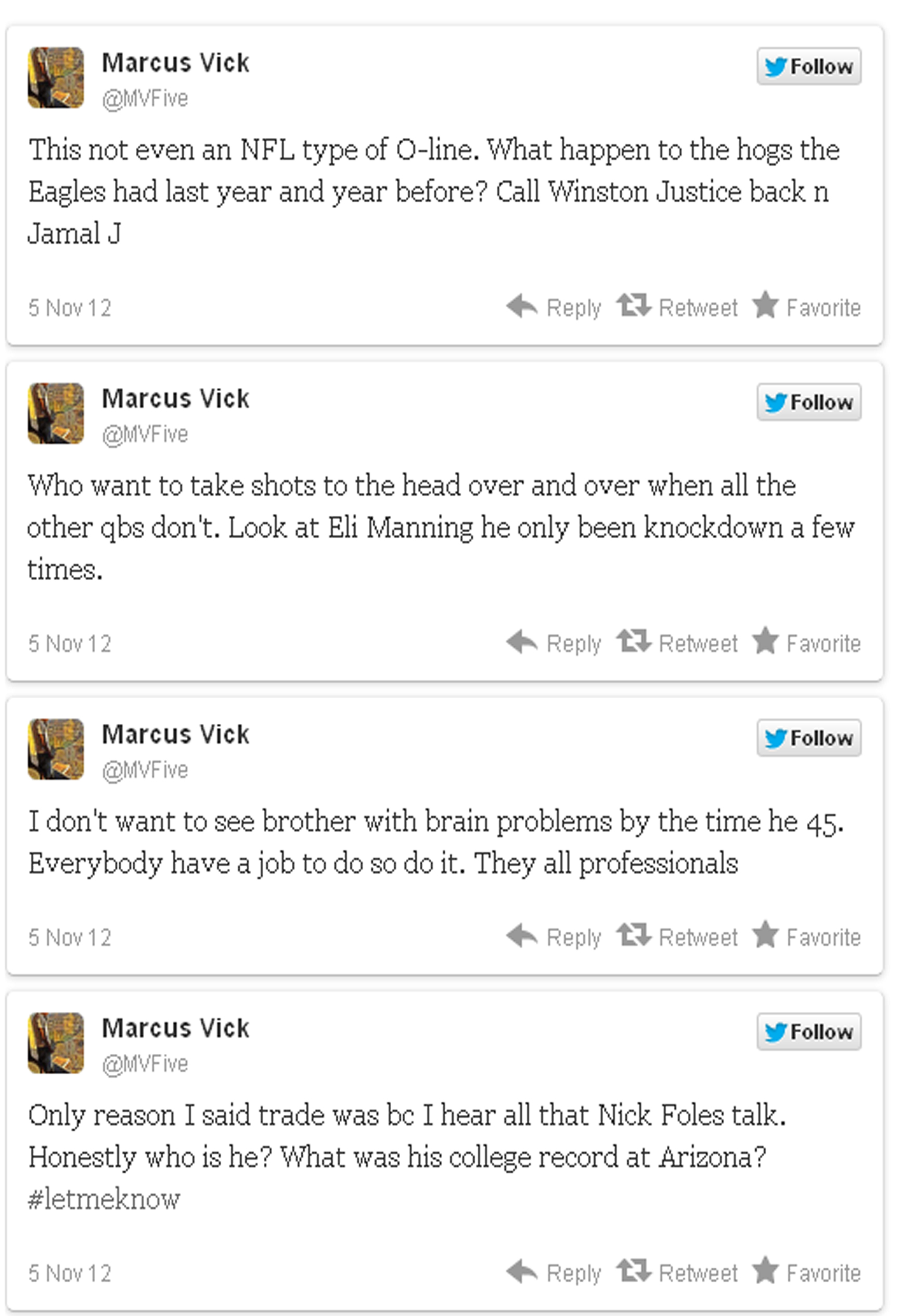 I'd have to say the young Vick does have valid points but at the same time I don't think Michael really needs or wants his often troubled brother being his spokesman.

After their 28-13 loss to the Saints, Vick was asked about his brother's tweets which of course Michael knew nothing about because he was playing is quoted as saying, "That's something that I'm going to really have to address once I leave here."