Today on Too Much Truth, DB asked the question, "Who's Side Are You On?"
In cased you missed yesterday's show, Derrick announced that Governor Nathan Deal was invited to be the speaker at the Morehouse School of Medicine graduation ceremony on Saturday. This is the same man who refused to expand Medicaid in Georgia, denying health care to more than 650,00 black, brown and poor people.  This is also the same man who is responsible for suppression tactics of voter ID laws and talked about your "ghetto grandmothers." Because of his stance on issues that go against black and brown people, he should not have been invited to speak at a historically black college.
So this Saturday, May 17th, at 7 A.M. sharp, meet Derrick Boazman for the "Whose Side Are You On?" Rally and protest against Governor Nathan Deal. The rally and protest will take place before the graduation ceremony at the M.L.King Chapel of Morehouse School of Medicine. Come help Derrick Boazman send a message to Governor Nathan Deal that poor people deserve to live too! Spread the word, come out and be counted!
The protest will begin at the corner of Westview Dr. and Lee Street by Morehouse School of Medicine. We will march from there to King Chapel. "OUR LIVES BEGIN TO END WHEN WE REMAIN SILENT ON THINGS THAT MATTERS" Dr. M.L. King, Jr. 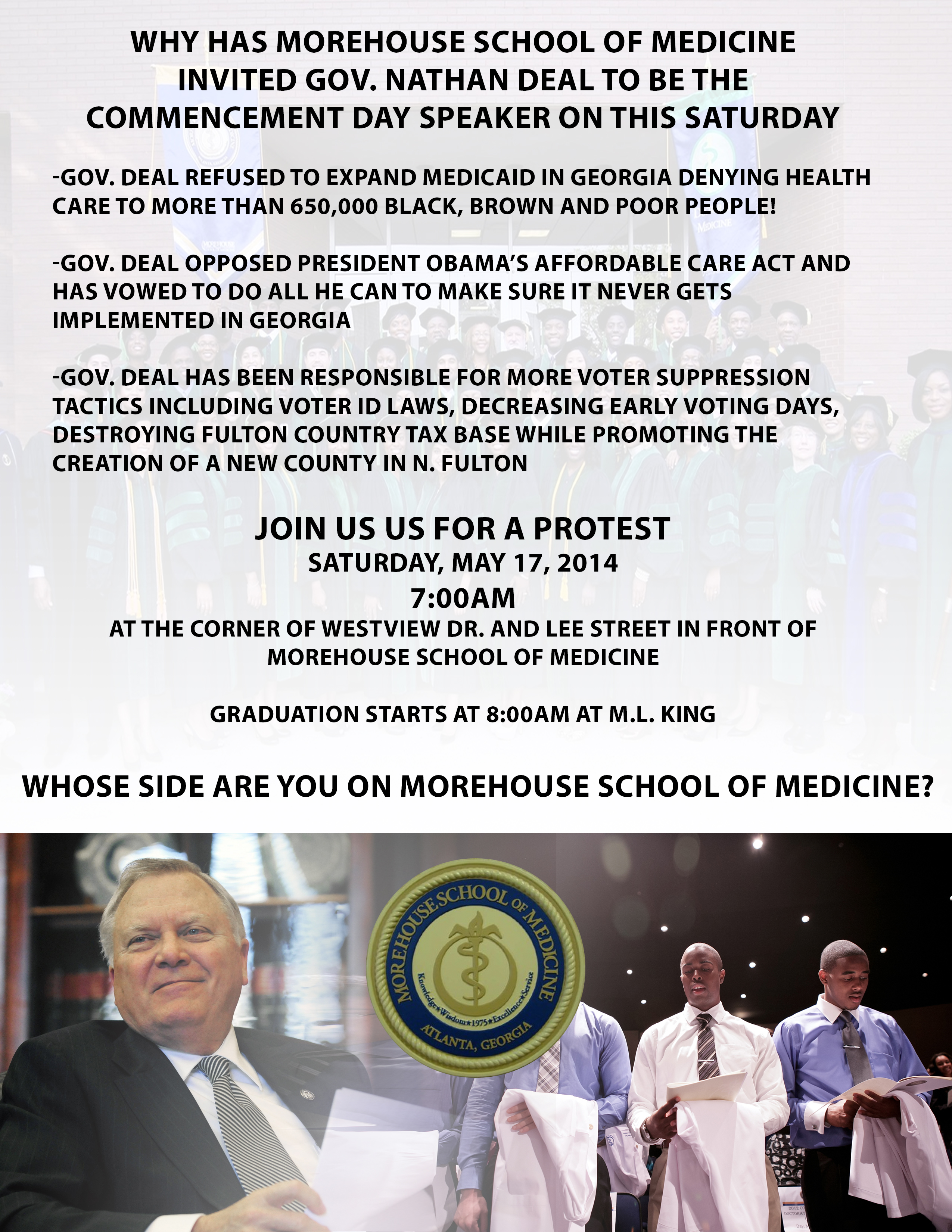