Welcome back to the third installment of the Flashback. If there is one thing you need to know...no matter what..."We cannot tell the team we're gonna die!" Got it? Good.

A group of bandits discuss Ramero's absence while receiving a gun shipment. Suddenly, the warehouse's power dies and four men are quickly eliminated. Barry brings Killer Frost to the scene as his "metahuman consultant," who quickly surmises all the guns originally filled with dark matter are now empty. OUT OF NOWHERE - Killer Frost puts a dagger to Ramsey's neck while following a lead (because she knows he has a motive for dark matter). Barry notices that Ramsey has chemicals that match the gun heist, so Ramsey offers his help as a blood specialist; Killer Frost immediately advises against it.

Frost (re-branded on her account) identifies Ramero as the leader of a major gun operation. While discussing, Mercury Labs suffers a break-in, so Barry and Frost rush to thwart Ramero as he stuffs himself with a dark matter power up. Ramero flings Barry aside, so Frost blasts him through a window to a presumable death, which causes Barry to lecture her on the responsibility of apprehending metas.

Ramsey tells Barry that Ramero is absorbing dark matter and flexes his expertise to persuade Barry into taking him to Star Labs. While there, Ramsey attempts to send Barry on a dummy mission, but instead, Barry cat 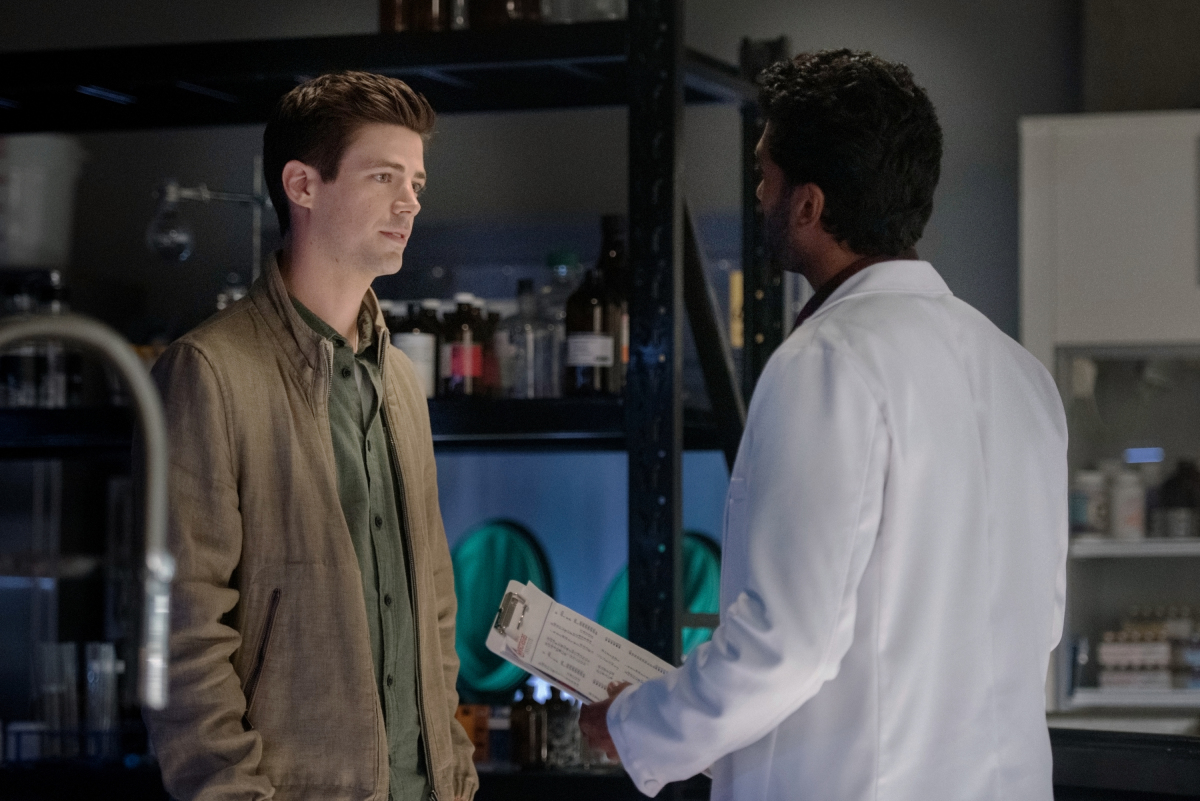 ches him trying to steal dark matter. Barry gives him an ultimatum of, "Help me or get out of my lab!" This scene entertains the ideas of love and deeper purpose, which pushes Barry to explore his feelings.

Ironically, Ralph's mother, Debbie, is believed to have robbed a quick-mart. As a result, Cecile and Ralph take Debbie to a casino seeking camera footage to corroborate her alibi. The owner demands $5000 in exchange for the footage, so Cecile uses her intuition to help Debbie at the poker table while Ralph (extends an arm) to steal camera footage. Debbie's hot steak ends in a loss that serves as the perfect cover for Ralph to loot footage.

Camera footage serving as Debbie's alibi revealed that she was meeting with an ex-boyfriend, which leads to her confessing that all her ex-boyfriends are alive. This ultimately leads to Ralph questioning if his father "left" like many of the other men he had grown to respect.

Allegra eagerly begins work at the Citizen by presenting Iris with evidence that Harrison Wells is suspected of burglary. Iris [and Cisco] take over while leaving Allegra behind to file work. Wells makes an Oliver Queen-like Arrow entrance and chokes Cisco to a wall, which forces Iris to zap him with a taser. When Wells awakens, he insists on leaving, but his detector [keeps] reading that Iris is for "eternium." Trying to get Wells to cooperate, Cisco [jokingly] gives Wells a brief recount of their up-and-down dynamic, but Wells smoke bombs his way to freedom.

Allegra threatens to quit the Citizen if Iris continually lies--I don't think the issue is that Iris "lied," as much as Iris avoided telling the truth.

Barry and Iris tell Team Flash how Barry's "disappearance" during Crisis has moved forward. The team wants to prepare, but Barry and Iris tell them to clear their heads and reconvene. News of Crisis [particularly] angers Frost, so Barry engages with her in a friendly meta sparring match. As tensions rise, he learns that Frost is afraid of dying much too soon.

Meanwhile, Ramero catches Ramsey alone in a lab and chokes him up (casual, I know). As Ramsey nears passing out, Ramero weakens and releases him. Ramsey [then] notices that Ramero mirrors his every move and it appears they will fuse--think back to the second episode when Ramsey created this meta with his extendo arm. Barry thinks Ramsey is threatened, so he lures Ramero into a containment cell with dark matter. Ramero pounds the glass and escapes to inject himself with another dose. Frost observes the injection makes Ramero roid-rage and instructs Barry to load him with [more] dark matter until he overdoses.

The Truth Shall Set You Free

Debbie visits Ralph to explain the truth about her ex-boyfriends. She recalls Ralph's disappointment [when his dad left ]and vowed to never expose him to abandonment again. Ralph tells Debbie that chasing people away and blocking pain limits the joy that love can bring. Before Debbie departs, he manages to slip an addendum to the Book of Ralph in her bag.

Barry takes Frosts' fears to heart and throws her a birth 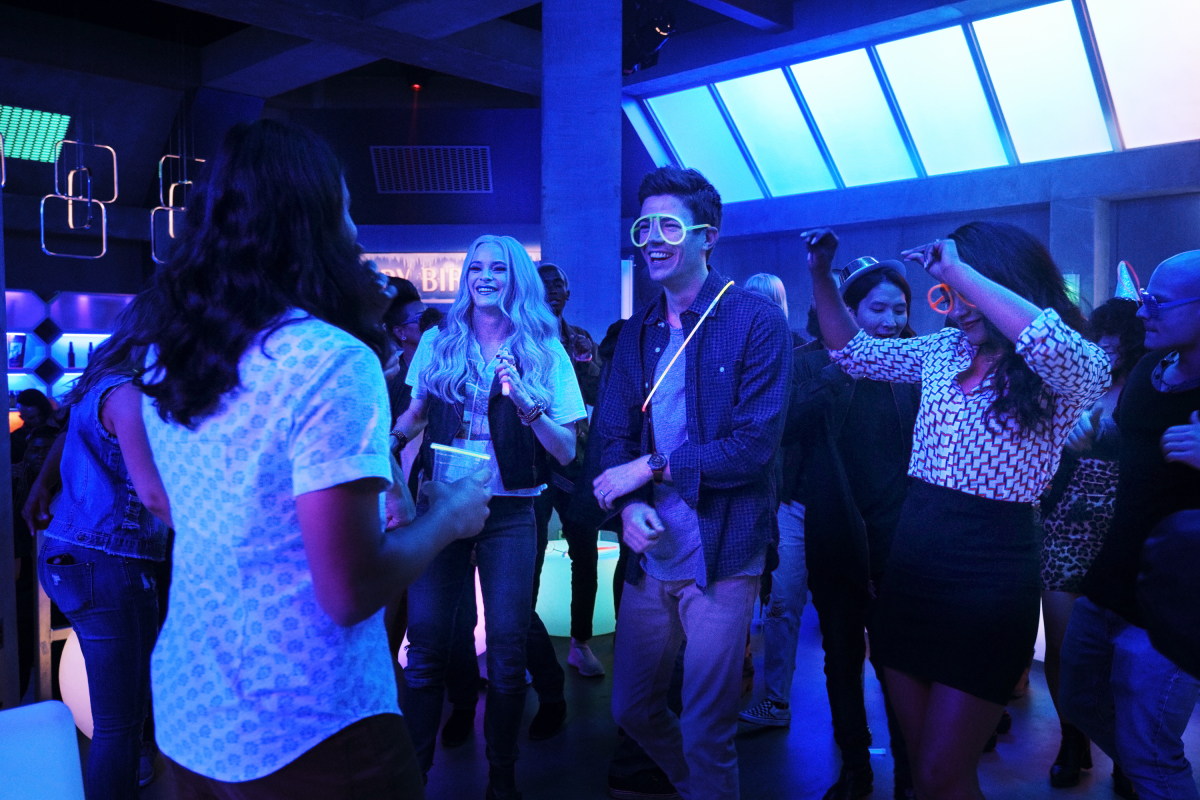 day party. Amid the festivities, Frost approaches Barry to thank him. She notices his melancholy mood and adds emphasis to the fact that he never speaks about himself in life after Crisis, so she questions if he dies. The party setting is then sullied by them telling Team Flash the truth about their knowledge of Barry's death.

Ramsey records his observations from the day's events. In summary: he can eliminate his need for dark matter because Ramero's blood sample proved the body can heal all weaknesses. He then shatters the vial of Ramero's blood and absorbs it, which sends him on a power trip.

Two major themes rang clear in this episode: lying to protect those you love, and the pain that lies beneath someone's anger. As recapped above, there were several instances where half-truths were told. Additionally, Ramsey picked Barry apart when he noticed Barry lacked the fearlessness to do whatever necessary to stay alive. Although Barry runs from the fear of death, others confront it and fear has pushed their rage to new heights. How will Team Flash cope with these emotional rifts? Be sure to tune in next Tuesday to Atlanta's CW for the latest developments!