Welcome to the--forget all of that! This week's episode was the season finale, so let's get straight into it.

Chief Singh meets with Eva in a dark warehouse where she instructs Chief Singh to start tearing down everything that protects Joseph.

Barry wants to narrow down Eva's location, so he asks Team Flash if they have any ideas of her whereabouts. Ralph uncovers the diamond that he got from Sue and tells them that it has Black Hole's logo embedded inside. Allegra senses ultraviolet energy emitting from the diamond and projects a map over the city grid. The center point happens to be a large warehouse, so Ralph and Barry leave to investigate while Nash and Allegra run Communications.

Ralph and Barry arrive at Black Hole's depository to find five guards stabbed, yet Ralph discovers a box of information detailing the Dearbons. Meanwhile, Barry catches the scent of gasoline and finds Chief Singh preparing to burn the building down. Singh tells them that Carver was fully aware that Eva was trapped in the mirror but did nothing to save her. Instead, he sold her technology to the highest bidder. After telling this information, Singh starts a fire and leaves. Barry's Whirlwind arms aren't able to subdue the Flames so he rushes Ralph out of the warehouse. Knowing that Carver faces imminent danger, Barry says they have no choice but to protect him. 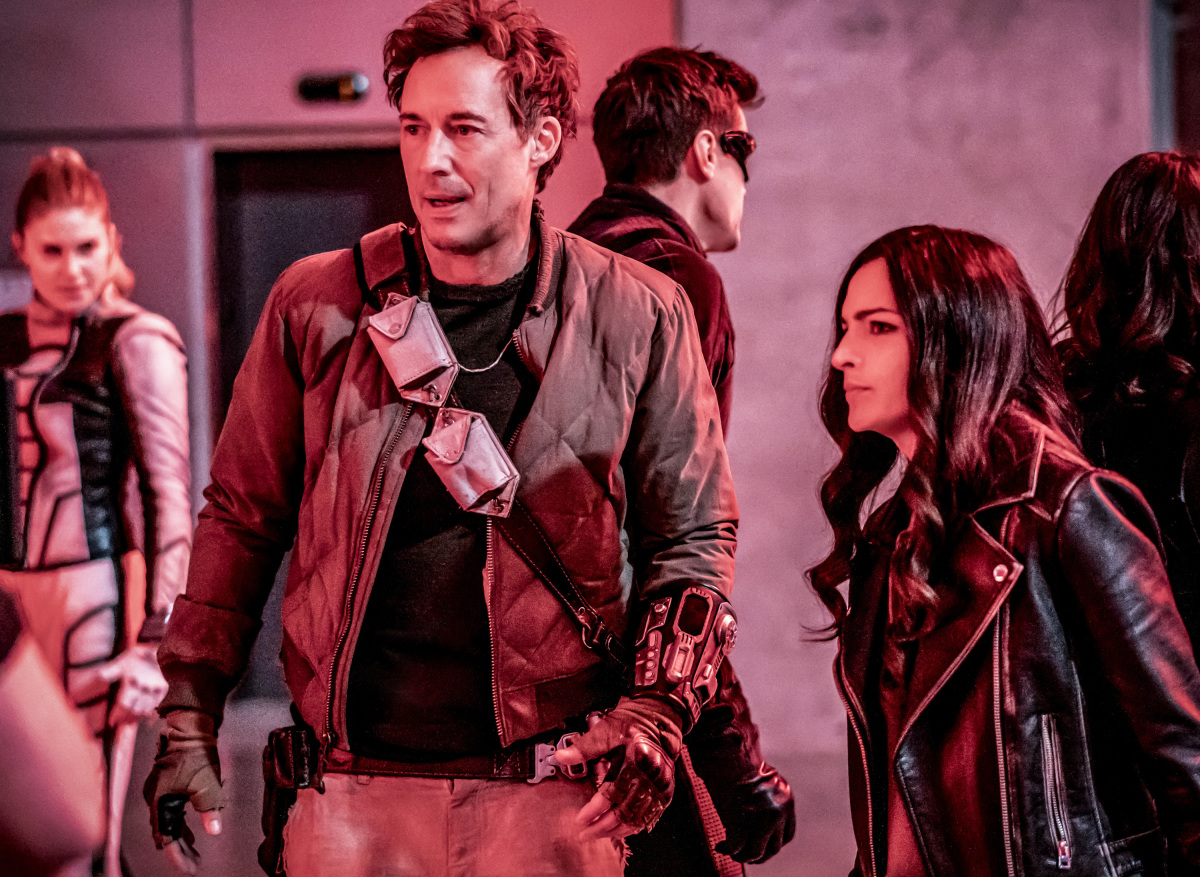 Barry finds Carver at Jitters and tells him that Eva plans to kill him, so he offers the protection of CCPD. Carver expresses confidence that Eva can't harm him and shows Barry footage of Iris being snatched into the mirror. He declines police protection and proceeds to taunt Barry by telling him that Iris's memory will be warped beyond human comprehension.

Mr. and Mrs. Dearbon visit Ralph in his office. Sue strolls in and acts surprised to "finally" meet the detective that helped rescue her. Sue's father prepares to write a check but realizes he doesn't have a pen, so Ralph pulls Sue aside and tells her about how the case file Carver used to extort her parents was burned. Much to Ralph's surprise, Sue already knows this and asks that he leave them in peace.

An assassin, Sunshine, and Esperanza wait at Carver's house, but Eva unexpectedly arrives and does away with them quickly. Carver enters and feels the absence, so he begins looking for Clues. Upon seeing a black hole in one of his mirrors, he quickly departs and asks for Barry's protection. 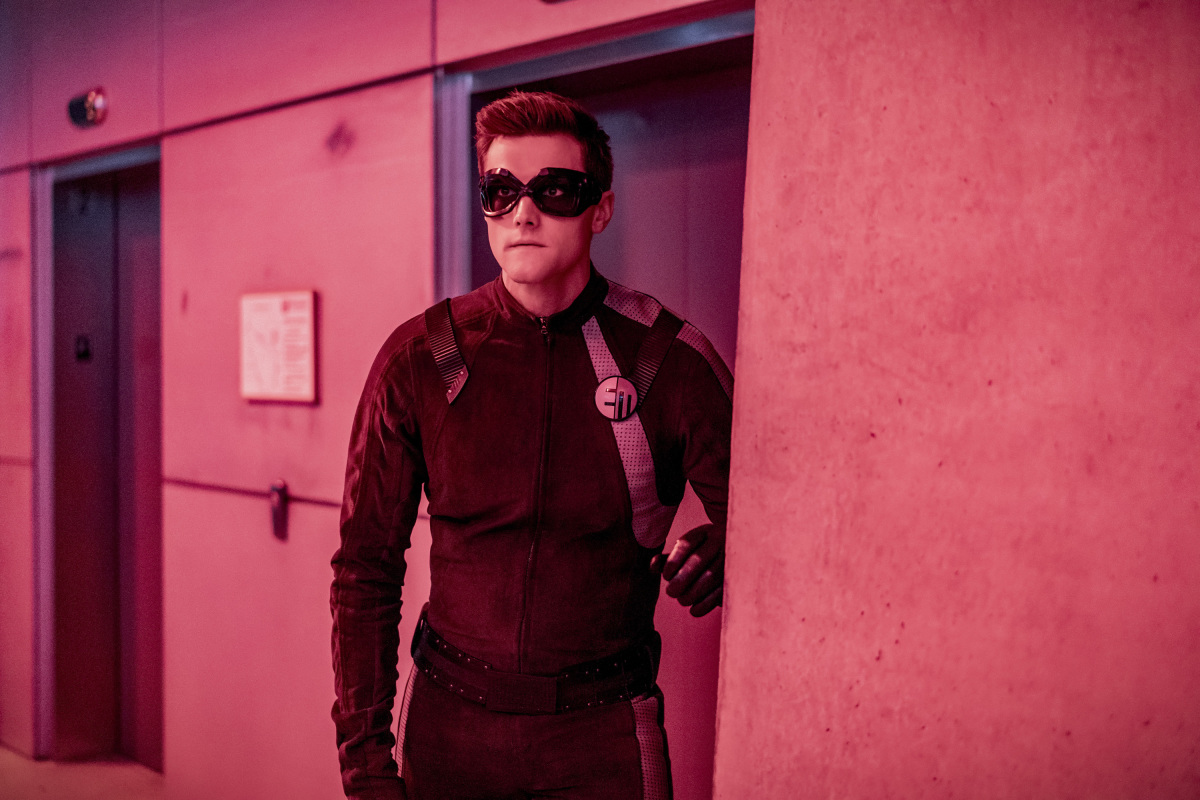 Barry prepares to admit Carver into Witness Protection, but Chief Singh arrives to do it personally. Singh pulls Barry aside and tries to broker a trade of Iris for Carver. Nash Wells springs into action and smoke bombs them back to Star Labs. Upon arriving, Nash is reminded by Harrison Wells that an authentic BARRY would "never" consider that trade. Team Flash begins brainstorming their best defense options, so Carver offers a state-of-the-art security system at McCullough Technologies. Barry prepares to escort him, so Nash confronts Barry about Singh's trade proposition.

They arrive at McCulloch Tech and begin evacuating personnel. As people are exiting, Ralph notices Sue trying to infiltrate, so she stuns him. 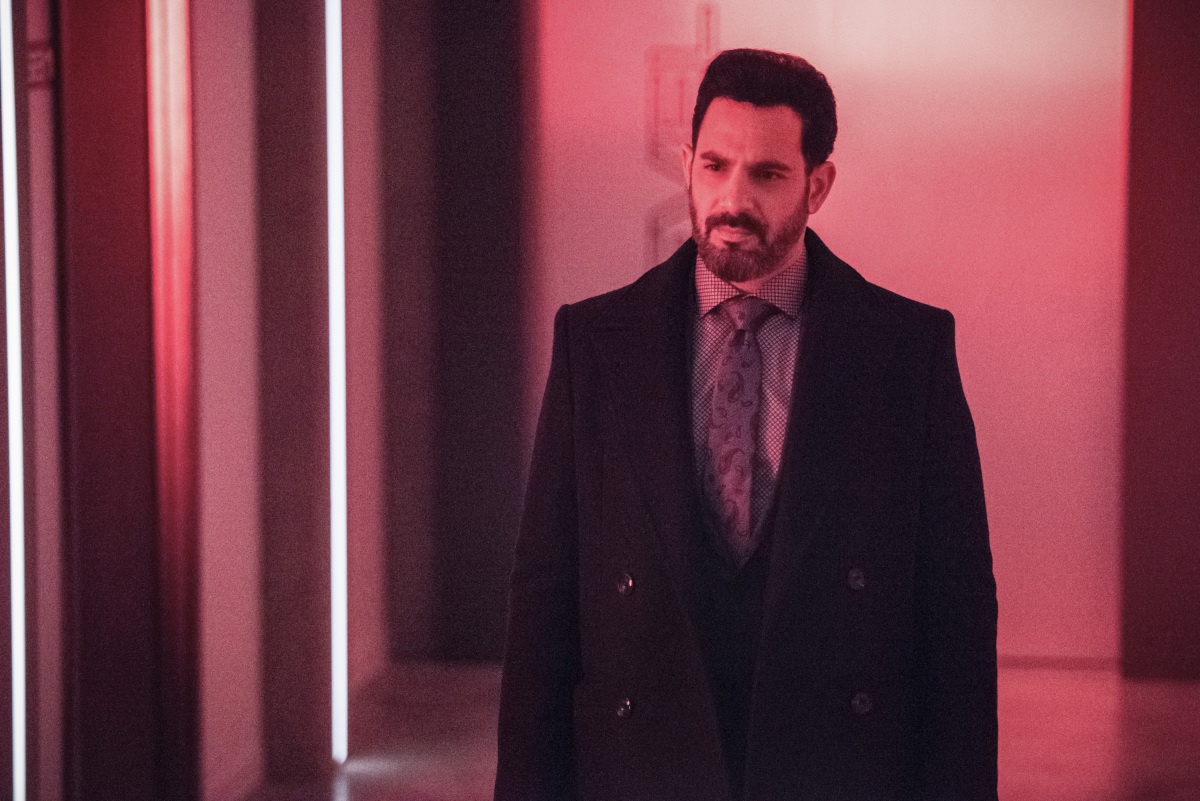 Meanwhile, the maximum force field was disabled and, Esperanza, the Assassin, and Sunshine arrive to kill Carver because they agreed to work for Eva. Barry leaves to restore power to the forcefield, so Carver dispatches security to fight Eva's minions. While on the way to the power source, Singh intercepts Barry. In actuality, Singh is a prismatic cover for Eva. A lot of fighting ensues and ultimately Ralph and Sue square off against the assassin and Sunshine.

Although Carver thought he was safe, Eva turns the monitor in front of him into a mirror and emerges from it. Eva prepares to seal Carver in the mirror, but Barry Zips in and absorbs the mirror shards. Barry only temporarily saved Carver because Eva forced the shards through Barry's body and still kills Carver. Upon completing her goal, Eva lets Barry and the rest of the team free.

The city holds a press conference where Eva tells the public she was held hostage by International crime syndicate and Carver died while freeing her. After the fallout of the showdown at McCulloch Tech, Ralph tells Sue that Eva framed her for Carver's murder, Nash and Allegra make amends for their tension, and Joe returns from witness protection vowing to save those they love. 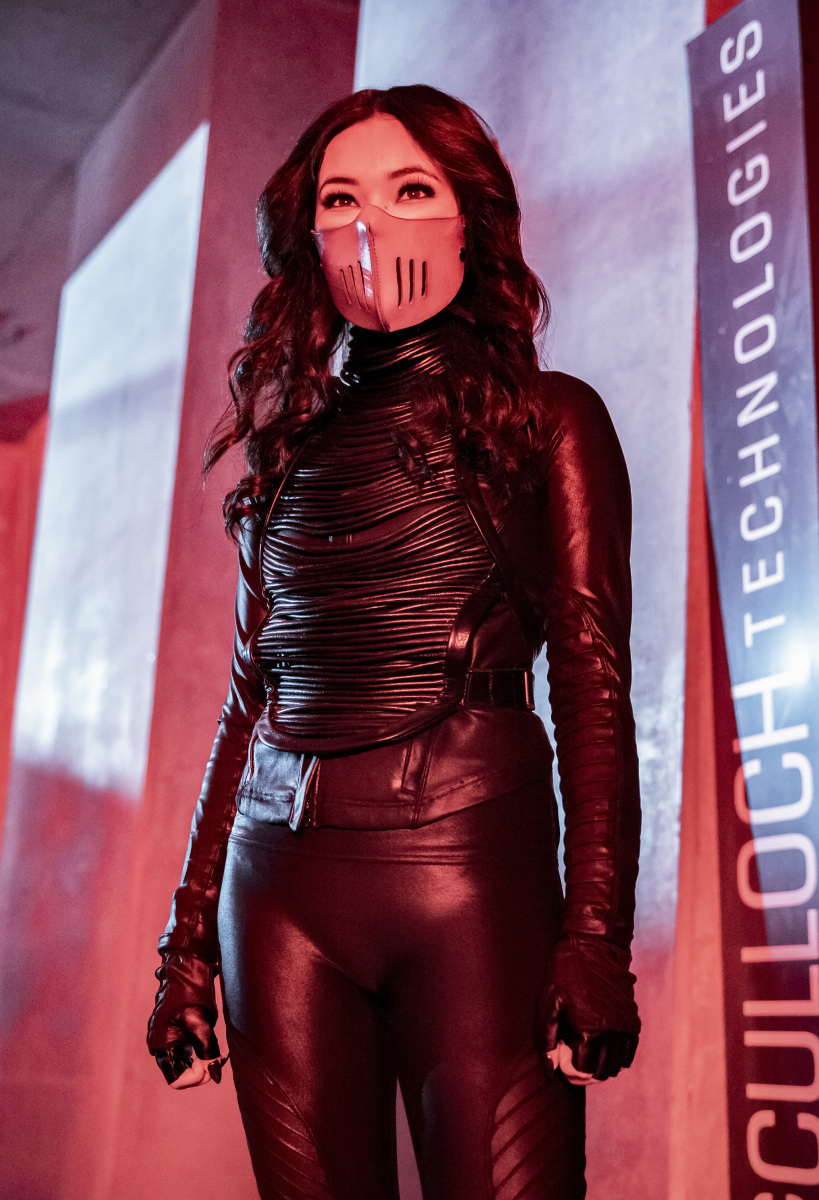 Allegra, Cecile, and Nash Wells visit Frost before her departure. Cecile senses Frost's discomfort, so she reminds her that Caitlin's mother cares. Carla arrives to run standard tests before they leave.

Initial data confuses Carla and she makes a snide comment towards Frost about needing the help of an expert. She quickly apologizes and tells Frost that she doesn't think she is a monster. The conversation evolves and ultimately they confess excitement to make acquaintances. Before she leaves with Carla, Caitlin reminds Barry that love is his true driving force and sends her farewell to the others.

Still in the Mirrorverse

Satellites can't help Iris and Camilla find Chief Singh. Iris looks at a map of the city and sees that a heat signature was detected, but neuro dissonance prevents her from seeing where. Iris feels that she is acclimating to the mirrorverse and can find Chief sing if she focuses.

After more searching, Iris finally zeroes in on Singh's possible location at a nearby hospital, but Nero dissonance sets in and she evaporates into thin Air.

For what its worth, this season feels incomplete in more ways than a slightly shorter season. At times the plot show promise, but a lack of special effects and a loosely constructed plot go a long way to culminating an underwhelming season. Nevertheless, The Flash shall return, so be sure to tune in to Atlanta's CW next season to catch the action.