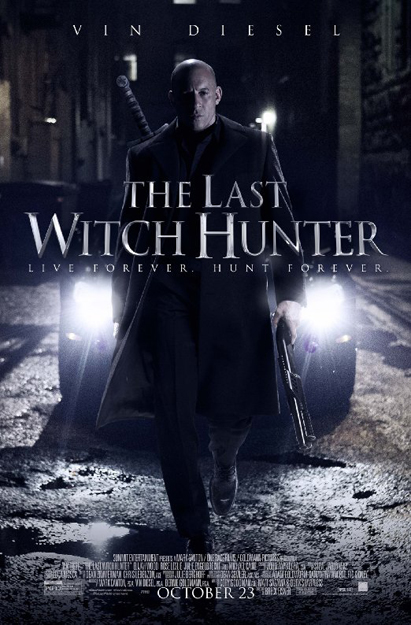 What to Watch For:  Vin Diesel has been trying to get this film made since 2012.

Word on the Street:  Diesel has stated on his Facebook page that a sequel is already being planned.

My Take:  One of my favorite wrestlers, Kurt Angle, is in this film.

Jerrica (Aubrey Peeples) is a singer with a mission:  to make the group she formed with her sister and friends the biggest pop group in the world. "Jem and the Holograms" Website we

What to  Watch For:  The film is based on the toy line and the 1980s animated television series of the same name.

Word on the Street:  Fans of the 80s series are very interested to see what this new version is all about.

My Take:  Anything with Juliette Lewis and Moly Ringwald can't be bad.

Richie (Bill Murray) is a rock manager who has seen better times. While taking his last remaining artist on a USO tour in Afghanistan, he finds himself in Kabul and discovers a young Afghan girl whom he mentors while she competes on the Afghanistan version of American Idol. "Rock the Kasbah" Website

What to Watch For:  The film has an all-star cast including Bruce Willis, Zooey Deschanel, Kate Hudson, Danny McBride, Taylor Kinney and Kelly Lynch.

Word on the Street:  Bill Murray promoted the film as his character at this year's San Diego Comic-Con.

George (Richard Gere) has been homeless and on the streets for a long time. He seeks refuge at Bellevue Hospital, a Manhattan intake center for homeless men. He makes friends with a fellow homeless man (Ben Vereen) who convinces George to try and mend his relationship with his daughter. "Time Out of Mind" Website

Word on the Street:  While filming on the streets of New York, Richard Gere was mistaken for a homeless man by a French tourist and was given some leftover pizza.

Ryan (Chris J. Murray) and his family have just moved into a new home.  Ryan's two young children (Dan Gill, Ivy George) find a 20-year-old tape that shows two girls being taught supernatural abilities by their grandmother.  Soon, after viewing the tape, strange things start happening in the house, and it seems Ryan's daughter is being targeted by supernatural forces. "Paranormal Activity: The Ghost Dimension" Website

What to Watch For: This is the first "Paranormal Activity" film to be released in 3-D.

Word on the Street:  This is the sixth and final installment in the series.

My Take:  The producer of the film, Jason Blum, has stated that this film will answer all the questions that the series' mythology has created.

A famous social psychologist, Stanley Milgram (Peter Sarsgaard), in 1961, conducted a series of behavior experiments that were extremely controversial. The experiments tested ordinary humans and their willingness to obey authority, even if it meant that someone else might get hurt. "Experimenter" Website

What to Watch For:  Writer/director Michael Almereyda won the Alfred P. Sloan Distribution Grant from the 2015 Los Angeles Film Festival.

Word on the Street:  Director Almereyda became interested in making this film when his girlfriend took a class on Milgram.

My Take:  My understanding is that the main character, Stanley Milgram, will "break the fourth wall" and speak, at times, directly to the audience.

An ex-bounty hunter (Errol Sadler) is now a Fugitive Recovery Agent.  He has been talked into tracking down a colleague's brother.  He soon discovers that the brother is in big trouble, gets involved with cyber-crime and is being sought by both the FBI and a rival bounty hunter. "blackhats" Website

What to Watch For:  The film was shot in Atlanta. The film is written and produced by Martin Kelly who worked on such other movies filmed in Georgia including "Step Off" and "Behind the Nine."

Word on the Street:  "blackhats" opens at the Aurora Cineplex in Roswell on Friday, Oct. 23rd.

My Take:  It's always great to see independent movies made in Atlanta.

"Mirrors"  (2008)  An ex-cop, Ben Carson (Kiefer Sutherland), and his family are the target of an evil presence. The presence is able to come into the home using mirrors as a gateway. Now the evil force is targeting Ben.

"The Fog"  (1980)  A California fishing town was built more than 100 years ago on the site of a former leper colony.  Now a mysterious fog is enveloping the town, and people are dying. This is a classic John Carpenter horror film starring Adrienne Barbeau, Jamie Lee Curtis, and Janet Leigh.