Opening  this week at a theatre near you:

Morgan (Anya Taylor-Joy) is not like other teenagers. She was created in a laboratory by a group of scientists led by Dr. Lui Cheng (Michelle Yeoh). Corporate troubleshooter Lee Weathers (Kate Mara) is sent to investigate the program when Morgan violently attacks one of the scientists (Jennifer Jason Leigh). What will Lee find when she gets to the compound? "Morgan" Website

What to Watch For: Anya Taylor-Joy got a lot of critical acclaim for her role as Thomasin in last year's "The Witch."

Word on the Street:  The film is directed by Luke Scott, son of four-time Oscar-nominated director/producer Ridley Scott.

My Take:  I always enjoy the work of Paul Giamatti, who plays a psychologist sent to evaluate Morgan.

Tom (Michael Fassbender), a lighthouse keeper, and his wife, Isabel (Alicia Vikander), are living off the coast of Western Australia soon after the end of World War I.  A rowboat with a baby inside washes on shore, and the childless couple decide to raise the child they name Lucy as their own. Years later their lives are changed when they encounter a woman (Rachel Weisz) on a visit to the mainland. "The Light Between Oceans" Facebook Page

What to Watch For:  The film was shot in Australia, New Zealand, and Tasmania.

Word on the Street:  Director Derek Cianfrance made Michael Fassbender and Alicia Vikander live together on set for six weeks.  The two actors are now a couple due to this exercise.

My Take:  This could be an Oscar contender, especially since you have two Leading Actress winners in Vikander and Weisz, along with two-time nominated Michael Fassbender in the lead roles.

Tom (Michael Shannon) is invited to a dinner party. There Tom meets a woman (Rachel Weisz) who he is convinced he has met before, but she says he is mistaken. When the woman makes a hasty exit, Tom follows, and they go on an all-night odyssey where Tom will discover the woman's hidden secrets. "Complete Unknown" Website

What to Watch For:  The film is directed by the award-winning Joshua Marston, best known for his films "Maria Full Of Grace" (2004) and "The Forgiveness of Blood" (2011).

Word on the Street: The film had its world premiere at the 2016 Sundance Film Festival.

My Take:  Looks like I will be seeing a lot of Rachel Weisz this week.

The film centers on a 13-year-old boy named Morris (Markees Christmas) and his single father, Curtis (Craig Robinson) while they live in a town in Germany. Morris is a "fish out of water" and only wants to write rap lyrics in his room until he meets an older teen girl, Katrin (Lina Keller).  She is way out of his league, but Morris is going to fall in love, regardless. "Morris From America" Website

What to Watch For:  The movie was the closing night film of the 2016 Atlanta Film Festival.

Word on the Street:  Writer/director Chad Hartigan won the Waldo Salt Screenwriting Award at the 2016 Sundance Film Festival for the film.

An American professor(Matthew McConaughey) travels to Japan and is contemplating suicide. He befriends a Japanese man (Ken Watanabe) lost in a forest near Mt. Fuji and as they search for a way out, the two embark on a spiritual, life-changing journey of friendship, discovery, and healing; one which may ultimately re-connect Arthur with his love for his wife (Naomi Watts). "The Sea of Trees" Website

Word on the Street: The screenplay for this film was listed in the 2013 Blacklist; the annual list of scripts that have not been made.

My Take:  Matthew McConaughey is one of this generation greatest actor.

What to Watch For:  The film and it's director Ira Sachs, has been nominated three times at film festivals, including the Berlin International Film Festival.

Word on the Street:  Director Ira Sachs last film, "Keep the Lights On" won five times at different film festivals and was nominated for four categories at the 2013 Independent Spirit Awards.

My Take:  Paulina Garcia gave an outstanding performance in the 2013 film "Gloria." 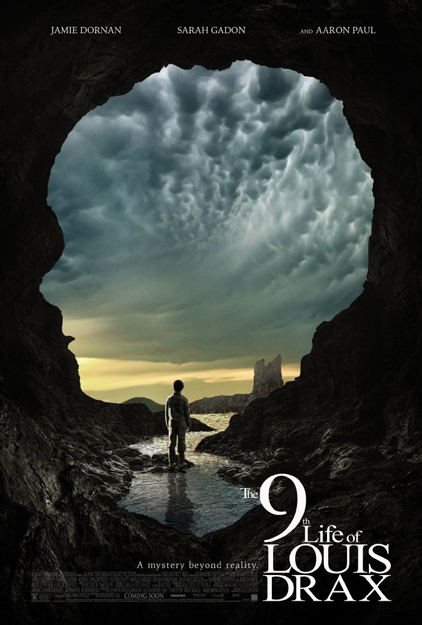 A psychologist (Jamie Dornan) begins working with a 9-year-old boy (Aiden Longworth) after he suffers a mysterious fall on his birthday. The doctor soon learns that bad things have happened to the boy all his life, and there is a dark and strange reason why it is happening. "The 9th Life of Luis Drax" Website

Word on the Street:  Jamie Dornan is known for his role of Sheriff Graham Humbert / The Huntsman on the hit TV show "Once Upon a Time." 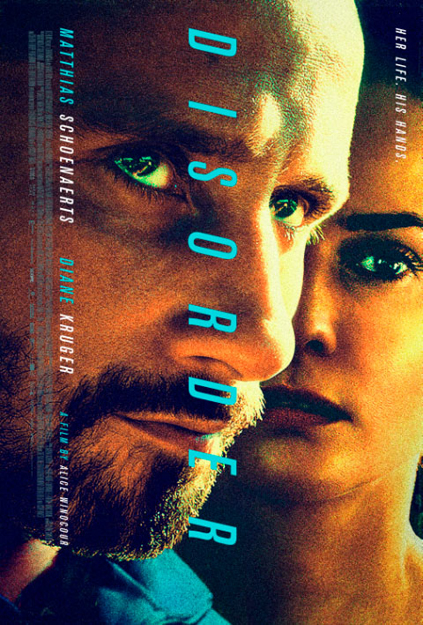 Vincent (Matthias Schoenaerts) is a vet from the war in Afghanistan who suffers from post-traumatic stress disorder. He is hired to protect the wife (Diane Kruger) of a wealthy businessman. What should be an easy job is about to become messy. "Disorder" Info

What to Watch For:  The film was screened at both the 2015 Cannes Film Festival and the 2015 Toronto International Film Festival.

Word on the Street:  Schoenaerts was last seen as Hans Axgil in the 2015 film "The Danish Girl."

My Take:  Diane Kruger impressed me in the TV series, "The Bridge."

If you can't make it to the theater this weekend, then stay at home and watch movies on Atlanta's CW.

"Our Family Wedding" (2010) A couple is about to get married if only their fathers can stop feuding long enough for the ceremony to take place. Cast includes America Ferrera, Forest Whitaker, Carlos Mencia, Regina King and Lance Gross.

"Identity"  (2003)  Ten strangers get stranded at a desolate Nevada motel during a storm. These strangers will have to band together after they realize that they are being killed off one by one.  Cast includes John Cusack, Ray Liotta, Amanda Peet, John Hawkes and Alfred Molina.