Opening at a theater near you:

Jason Bourne (Matt Damon) now remembers who he is, so, it's time to find some answers. "Jason Bourne" Website

What to Watch For:  This is probably the strongest cast for a Bourne film, including Tommy Lee Jones, Alicia Vikander, Vincent Cassel, and Julia Stiles.

Word on the Street:  Julia Stiles is back for her fourth appearance in the Borne series as Nicky Parsons.

My Take:  I always enjoy the Bourne series.

A high school Senior, Vee (Emma Roberts), tries out an online game of truth or dare. At first, the game is easy, and the rewards are worth the risk, but soon, it is very evident that Vee is in over her head, and this game could become deadly. "Nerve" Website

What to Watch For:  Directors Ariel Schulman and Henry Joost are behind the 2010 film, "Catfish" and the MTV series of the same name.

Word on the Street:  YouTube star Casey Neistat has a cameo in the film.

My Take:  I am always up to see a thriller.

Three moms (Mila Kunis, Kathryn Hahn, Kristen Bell) have been pushed to their limit by the PTA, making lunches and managing after-school activities for their kids. It's time for the moms to hit back and have some fun. "Bad Moms" Website

What to Watch For:  Frequent collaborators of Judd Apatow, Jon Lucas and Scott Moore, wrote and directed the film.

Word on the Street:  Judd Apatow and his wife Leslie Mann were originally attached to the film but had to drop out due to scheduling conflicts.

My Take:  I will watch anything that Kristen Bell is in.

Bobby Dorrman (Jesse Eisenberg) leaves his home in New York in the 1930'a and moves to Hollywood to try and make a name for himself. He lands a job with his Uncle Phil (Steve Carrell).  While in Hollywood, Bobby meets Phil's secretary Vonnie (Kristen Stewart). He begins dating Vonnie not knowing that she is secretly having an affair with his uncle. "cafe Society" Website

What to Watch For: The film has played at a number of film festivals, including the 2016 Cannes Film Festival.

Word on the Street:  Bruce Willis was originally attached to the project but had to drop out. He was replaced by Steve Carrell.

My Take: Woody Allen's films have been very up and down lately, but I have I hopes for this one. 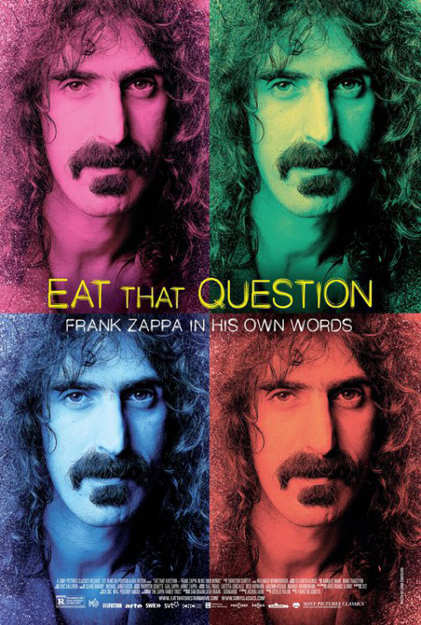 What to Watch For:  The film contains lots of archival footage, some of which hasn't been seen for decades.

Word on the Street: Rumor is that there is a big reveal at the end of the movie.

My  Take:  I will defiantly check out this film about one of the most interesting musicians of the twentieth century.

"A Man Apart"  (2003)  Sam (Vin Diesel) and Demetrius (Larenz Tate) are DEA agents working undercover to bring down a drug cartel on the California/Mexico border. Now a new player, under the name of Diablo, enters their world.T