Agent 47 (Rupert Friend) is a secret agent who works for the International Contracts Agency. His job is to carry out assassinations of high profile targets and leave without getting caught. "Hitman: Agent 47" Website

What to Watch For:  The film is based on the best-selling "Hitman" video games.

Word on the Street:  Fans of the video series have been very excited about this film, especially after it was announced that Zachary Quinto was hired to play CIA agent John Smith.

My Take:  I am sorry that the late Paul Walker, who had signed on to play the title role, died before production began.

Mike (Jesse Eisenberg) seems like your usual stoner but, aside from being good at smoking weed, he is also the greatest government agent in existence.  Mike has been marked for extermination because he has become such a liability, but it's not going to be easy to take him down. "American Ultra" Website

What to Watch For: The film has an exceptional cast including Kristen Stewart, Topher Grace, Connie Britton, John Leguizamo, and Bill Pullman.

Word on the Street: Lionsgate has been very aggressive in marketing this film, including giving out marijuana to medical marijuana card holders at this year's Comic Con.

My Take:  This film looks like it could be a whole lot of fun. 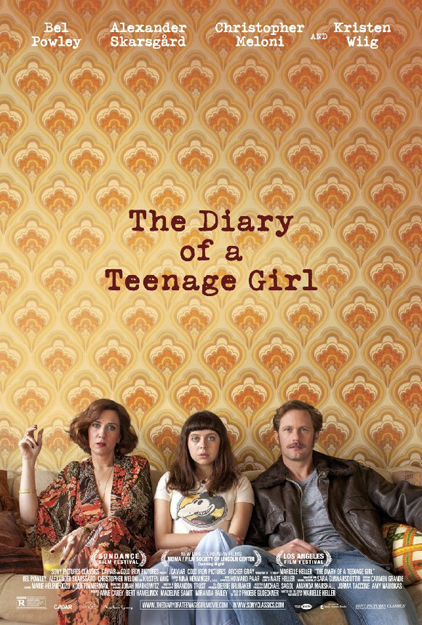 In 1970's San Francisco, 15-year-old Minnie (Bel Powley) dreams of becoming a comic book artist, like her hero Aline Kominsky.  Minnie's world changes when her mother's boyfriend (Alexander Skarsgard) takes an interest in her. Minnie thought that no one would be interested in her, but now she must decide if she is going to give in to her desires. "The Diary of a Teenage Girl" Website

What to Watch For: Kristen Wiig, who plays Minnie's mother, is becoming quite the "Indie Queen,"  working on such acclaimed films as "The Skeleton Twins" and "Welcome to Me."

Word on the Street:  Critics are raving about this award-winning film, and are especially talking about the inventive use of animation to illustrate Minnie's drawings.

My Take:  I have wanted to see this film since it made its debut at the 2015 Sundance Film Festival.

A mother (Shannyn Sossamon) and her nine-year-old twin sons move into a rural house. Very soon they realize that there is something very wrong going on inside the house.  Will history repeat itself? "Sinister 2" Website

Word on the Street:  James Ransone reprises his role as the Deputy.

My Take:  We haven't had a good horror film in awhile. Hope this one fits the bill.

A documentary on the legendary Academy Award winning actor Marlon Brando. "Listen to Me Marlon" Website

What to Watch For:  The film is narrated by Brando, himself, taken from private audio tapes the actor recorded in his home, at press interviews and in therapy sessions.

Word on the Street:  Critics are calling this a masterpiece and one of the best films of the year.

My Take: Brando was a fascinating man, and I hear that the film lives up to his legend.

Documentary about three elite climbers who attempt to climb Mount Meru, part of the Himalayas.  Mount Meru is considered the most difficult mountain to climb. "Meru" Website

What to Watch For:  The film won the U.S. Audience Documentary Award at the 2015 Sundance Film Festival.

Word on the Street:  The making of the film was the subject of a National Geographic article.

My Take:  Many critics feel that this film will be nominated for an Academy Award.

"Sideways"  (2004) Two men (Paul Giamatti, Thomas Haden Church) go on a week-long road trip through the California wine country. Along the way, they will meet a couple of women (Sandra Oh, Virginia Madsen) that just might change their lives.

"Eddie and the Cruisers"   (1983)  Eddie and the Cruisers was a legendary band whose lead singer (Michael Pare) disappeared before the band could hit it big.  Now a television reporter (Ellen Barkin) is determined to get to the bottom of the story.  Can she find the legendary recording tapes and is Eddie still alive?