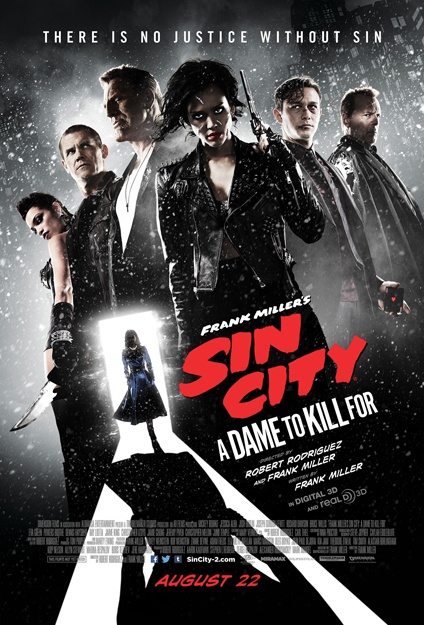 What to Watch For:  The film is co-directed by comic book legend, Frank Miller and "Machete Kills" (2013) director Robert Rodriguez.

Word on the Street: This could be another breakout role for Joseph Gordon-Levitt.

My Take:  How much screen time will they give my favorite scenery-chewing star Mickey Rourke?

A young woman's (Chloe Grace Moretz) world is changed in an instant when she lapses into a coma after a horrific car accident.  During an out-of-body experience, she must decide to wake up to a life that she never imagined she would live. "If I Stay" Website

What to Watch For:  Moretz is becoming one of Hollywood's rising young stars.

Word on the Street:  Will fans of the Gayle Gorman book check out this film?  That is the big question.

My Take:  If the movie is successful, there is a sequel to the book by Gorman, so there is more movie material.

High school football coach Bob Ladouceur (Jim Caviezel) is a legend after leading his team to a 151-game winning streak.  His skill and compassion will be tested when he loses more than just a game. "When the Game Stands Tall" Website

What to Watch For: The film is inspired by true events.

Word on the Street:  Many critics are talking about Alexander Ludwig, who plays one of the students, as he has made a name for himself in the TV series, "Vikings."

This is a documentary about Dan Cohen who tries to provide music to nursing home patients who are suffering from dementia or Alzheimer's.  The results are astounding as music apparently has the ability to combat memory loss and bring fulfillment to those suffering from it. "Alive Inside" Website

What to Watch For:  The film won the Audience Award: U.S. Documentary at the  2014 Sundance Film Festival.

Word on the Street:  The filmmaker made a promotional video for the film on Reddit that became a worldwide sensation.

My Take:   I hear this is one of the most-uplifting films of the year.

If you can't go to the movie theatre this weekend, then stay at home and watch films on CW69.

"Maximum Risk"  (1996) Jean-Claude Van Damme plays Alain Moreau, a French cop who discovers that he has a twin who has been murdered by the mob. Jean-Claude takes his brother's identity to solve his murder, while geting involved in a tangled web of gangsters, drug dealers and a girlfriend (Natasha Henstridge) who may give him up to save herself.

Read all my reviews and interviews here.