"This is a GRAMMY moment that millions of us have been waiting for," Beyonce said. "This performance marks the return of a man that was born to make music."

She wasn't lying. Justin Timberlake took the stage and gave his fans just what they were looking for: a sultry performance and long awaited new music.

Donned in an appropriate suit and tie, Timberlake's performance of new single "Suit & Tie" embodied an old soul feel that suited his Memphis roots. The stage was set to mirror a throwback to the 1920s jazz band style. Meanwhile, JT and his band The Tennessee Kids surrounded the stage with horns and later a string orchestra. 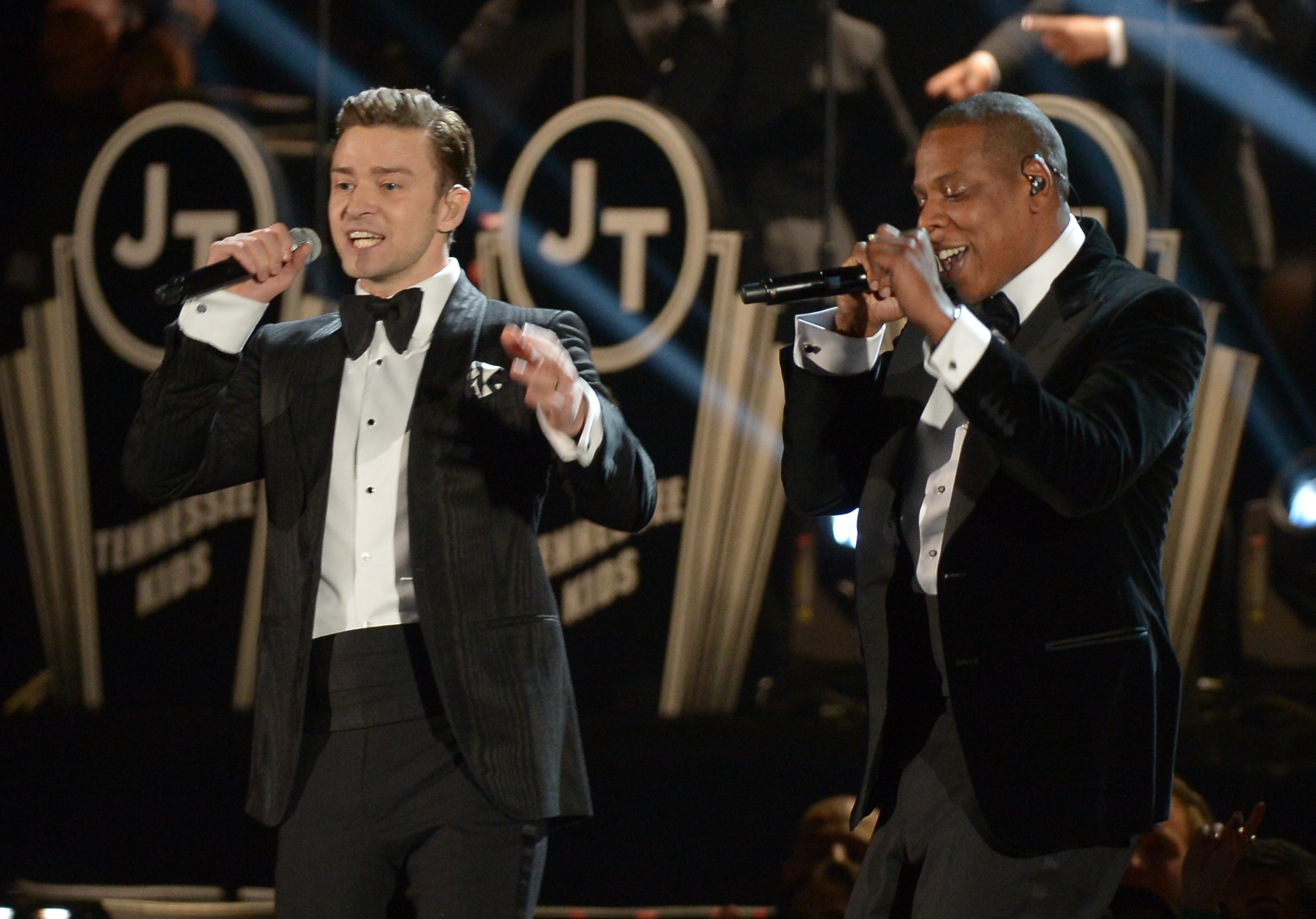 Jay-Z pranced up the GRAMMY stage steps from his seat in the audience for his rap spot as Timberlake joined in, with a few choreographed dance moves that recalled his N'Sync days.

But that wasn't all.

"Are we ready? Here we go!" Timberlake announced to the audience before he debuted a new track off his forthcoming album The 20/20 Experience. The soulful "Pusher Love Girl" featured Timberlake's familiar falsetto complete with backup singers and sexy lyrics, "Hey, lil mama are you gonna ask me if you wanna?"