"Everyone dropped what they were doing. It was such an intense emotional experience."

Don Was is referring to the rehearsals for The Night That Changed America: A GRAMMY Salute to The Beatles, which featured an A-list roster of artists -- including Stevie Wonder, Alicia Keys, Katy Perry, the reunited Eurythmics, Dave Grohl, Keith Urban, John Mayer, Brad Paisley and Ed Sheeran -- performing the songs of the Fab Four. While the taping wasn't live (it airs this Sunday), the producers tried to move the event like a live show, with all artists (besides Wonder) nailing their performance in one take. Was served as the musical director and also played bass for many of the artists that night.

Photo Gallery: A GRAMMY Salute To The Beatles

But the moment that everyone -- big-name performers included -- was waiting for involved the two surviving Beatles, Paul McCartney and Ringo Starr, performing together. It's not that they haven't played together in recent years. In fact, they'd shared the stage at the GRAMMYs about 24 hours earlier, when Ringo sat in with Paul's band on Macca's most recent single, "Queenie Eye."

No real spoilers here -- the show has been widely reported on, including our own review -- but when Paul and his band finished "Sgt. Pepper's Lonely Hearts Club Band," they went right into "With A Little Help From My Friends" with Ringo joining them on vocals. That was the first time Paul and Ringo performed those two songs, back-to-back, as they were on the original Sgt. Peppers album. They followed it up with "Hey Jude," with Ringo behind the drum kit. "Ringo said this was the first time he played 'Hey Jude' since the Beatles recorded it," Was exclaimed. 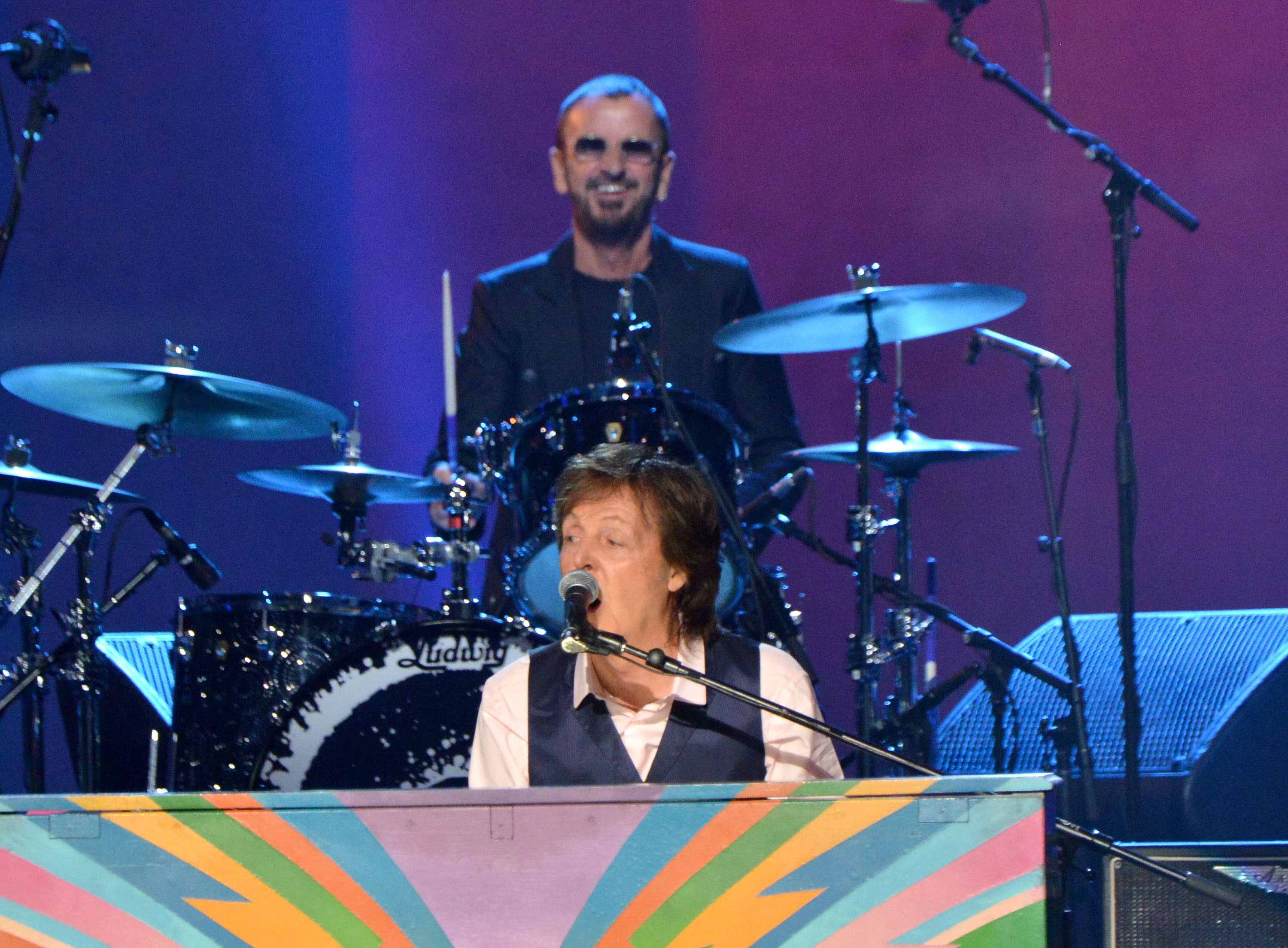 When McCartney and Starr rehearsed for the Beatles tribute earlier in the day, the cast and crew on hand shared "a moment."

"There were maybe 25 people in the audience, we got to the part where Ringo moved to the drums and they did 'Hey Jude,'" Was explained. "Those 25 people weren't sitting there to watch the rehearsal, they all had work to do. But at that point, everyone's jaws dropped. It was extremely powerful, and I know it translates through to the broadcast. And I know that people are gonna experience it when they watch it at home Sunday night.  It was pretty incredible. I don't think you're going to see this again."

The Paul and Ringo performance was clearly the main attraction of the show, but the "opening acts" were pretty impressive as well, including the second-most anticipated reunion of the night. That would be the Eurythmics, who performed "The Fool On The Hill."

"She's got this voice that just fills the room," Was said of Eurythmics singer Annie Lennox. "It was a very emotional interpretation. It got under everybody's skin, which was hard to do. [The L.A. Convention Center] is not the most intimate of rooms! And then you have the two guys [Paul and Ringo] in front of you, it's really hard." 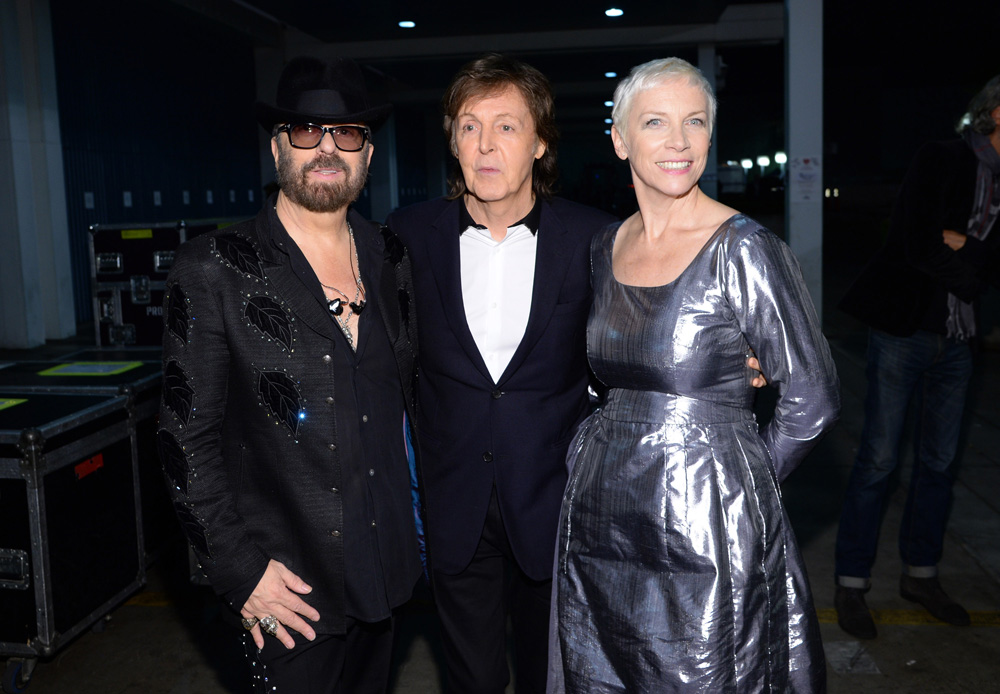 Besides organizing the lineup, Was had the challenge of learning Paul McCartney's bass parts, some of which turned out to be quite difficult to master. Of course, being president of a record label in the Captiol family afforded him some privileges that not every other bassist gets.

"I worked very hard to get the bass parts right, and to learn them properly, even to the point of going back to the original multi-track tapes and isolating his bass parts," Was said. "Some of them, like the bass part to 'Something,' that's like Mozart. Paul McCartney is a genius bass player. I have a  newfound respect for him, and I had plenty of respect before. It blew my mind to listen to his isolated bass parts. And then have to try to play them, and some of them I couldn't get, including 'Hey Bulldog' [performed on the show by Dave Grohl with Jeff Lynne]. Whatever he was doing, I couldn't figure it out! It's a wild bassline, it's like jazz!"