SUV's have become a staple in the modern-day family driveway. Drive around any cul-de-sac on "Main street", USA and you're sure to spot some rendition of the SUV.

Whether full-size, mid-size or cross-over, the utility of the SUV cannot be denied. In fact, most automakers have a vehicle for each of those categories and Honda is no exception.

Since Honda introduced the Civic to the US market in 1973 (N600 and Z600 were the first Honda's sold in 1970), the name has been synonymous with compact, fuel-efficient vehicles, that is until 2003, when the Pilot was introduced as its first mid-sized SUV. The Pilot shares its platform with the Acura MDX (SUV), the Odyssey (minivan) and the Accord (sedan) which enhances the ride quality and handling to perform much like a car and for the time, differentiated the Pilot from many of its competitors.

Fast forward to 2015 and not much has changed about the looks and performance of the Pilot though creature comforts and amenities abound today. The press vehicle that I was given to drive for a week, came well equipped with navigation system, back-up camera and rear seat DVD entertainment system. For a complete list of features click here. The Pilot also comes standard with third row seating for those Saturday afternoon trips for burgers and ice cream after the baseball and soccer games. The over-sized center console is also a great place to store the tablets and purses to keep the cabin clutter free for those all day errands. 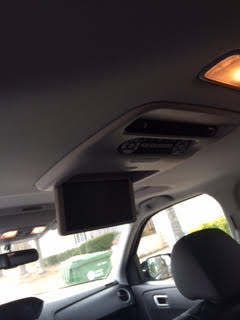 The V-6 engine and 5-sp automatic transmission performs well around town and the heavy-duty transmission fluid cooler, on the 4WD version, is reassuring on the off-chance you need to tow that light trailer. Also, with fuel economy ratings at 17 city/24 highway/20 combined mpg, you don't have to be a CEO to drive it either. The MSRP on the EXL version tested is $35,370 which puts it just about on par with the average sedan price of $30,000 for 2015.

If you're looking for an SUV that fits the average garage with room for eight, the Pilot deserves some serious consideration.
Another thing to consider is that Honda has announced a redesign for the 2016 Honda Pilot due out this summer, so you may be able to get a good deal on the last of the 2015's.

For all of your automotive news, tips, reviews and advice be sure to tune in to WAOK 1380 every Saturday from 10 am until 12 noon EST.