This is not the old RAV4 with the big rear door that swung open sideways like your front door.

This is the new in '13 completely re-designed RAV4 that can stand toe-to-toe with all the other contenders in this popular and crowded field.

Small SUV's are the most popular vehicles on the road these days…and the new RAV4 is one of the reasons why.

It's "right-sized"…with the ability to carry five people and a bunch of their stuff…or fewer people and a whole lot of stuff….yet still fit into the average parking space easily.

You sit "SUV-high"…just like everyone seems to want these days…you'll merge onto freeways effortlessly….you'll do it all at a price that's right in line with the average cost of a new vehicle…and you'll look smart and stylish while doing it all.

Plus you get decent mileage on regular gas. What's not to like?

Yesterday's 6-cylinder has been discontinued….and it doesn't seem to be missed. The RAV is geared for "stoplight go"….with plenty of torque. The auto comes with "eco", normal and "sport" modes….and both normal and sport move the RAV4 down the road quite easily. The only place that you might miss the old V6 is high-speed passing….and then….you probably shouldn't be going that fast anyway….right?

As with most Toyotas, the RAV4 comes in LE, XLE and "Limited" trim…in both front-wheel-drive and all-wheel-drive.

The price of entry starts at $24,540 including transportation…and runs into the low 30's for a well-equipped "Limited".

Our test RAV4 was a Limited front-wheel-drive version with $785 worth of upgraded audio audio including Toyota's "entune", and just about all the connectivity and voice-recognition that you could want.

Adding a $725 Tech Package got us a blind-spot monitor with rear cross-traffic alert, lane-departure alert, and automatic high-beams…..and brought the final window-sticker to a $31,298 total.

One area in which Toyota seems to out-shine their competition is their interiors.

Our Limited came with an attractive two-tone imitation leather called Softex. It seems to live up to it's name…feeling soft to the touch, yet looking like it'll out-wear leather. Time will tell, but the two-tone effect looks rich…and more appealing than the competition's monotone offerings.

Mileage for the RAV4 is rated at 24 – 31 for front wheel drive. We got right around 28…whether on our Monday –Friday side-street / freeway commute, or down to Savannah and back…on regular..

The RAV4 is up against Honda's popular CUV, Ford's Escape, Mazda's C5, Nissan's Rogue, Chevy's Equinox and a few KIAs and Hyundais….to name a few.

Which one to pick? It'll probably come down to which one you think looks better…which one personally fits you best.

With the RAV4, Toyota has a contender that can hold it's own with the best of 'em. 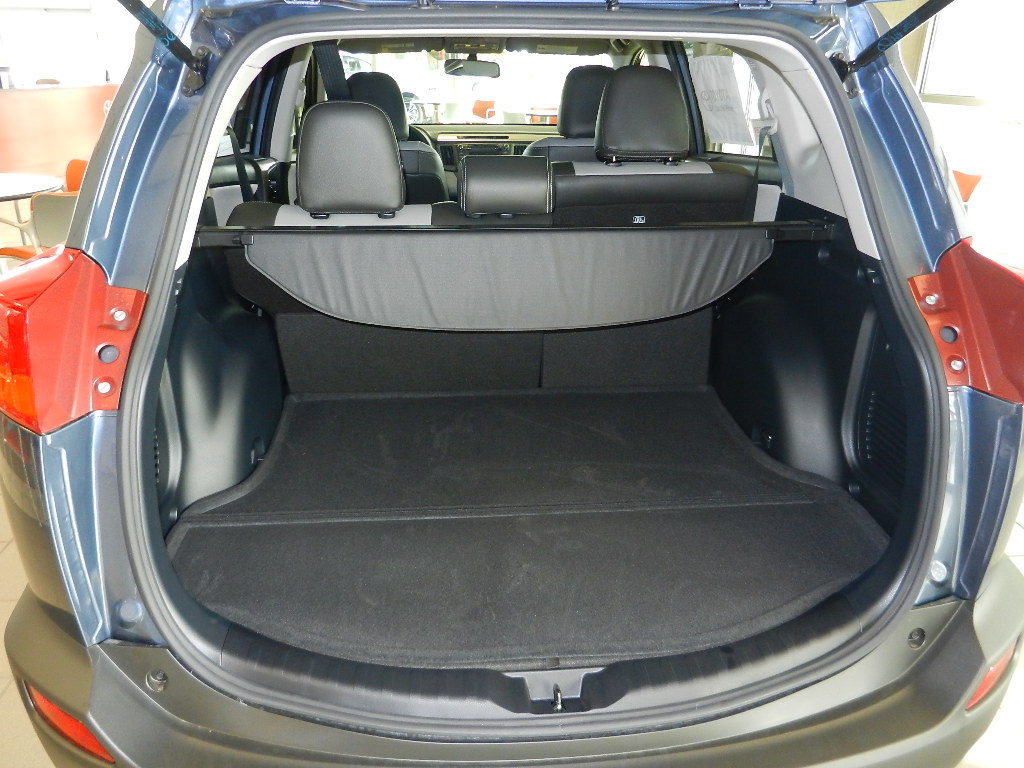 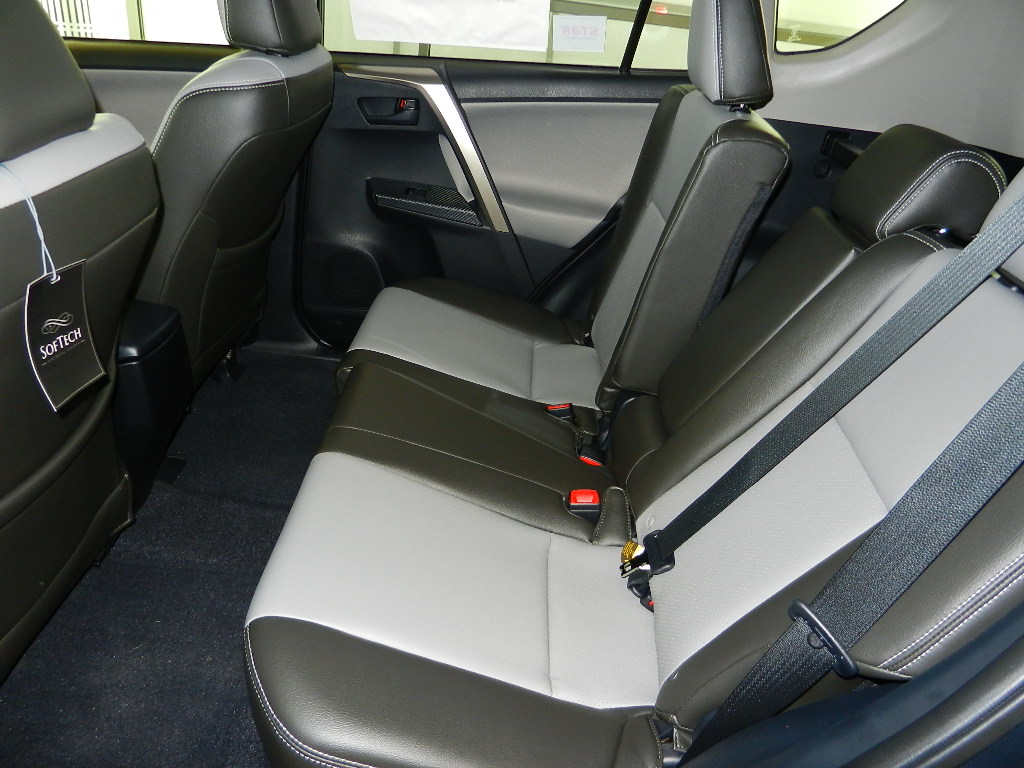 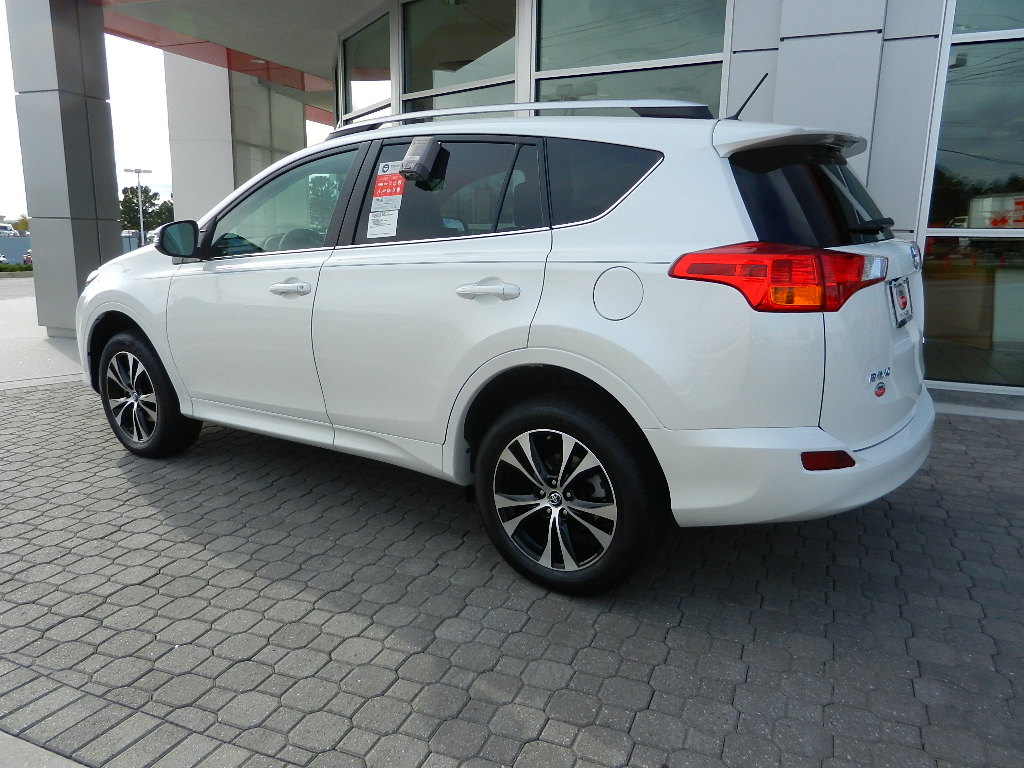 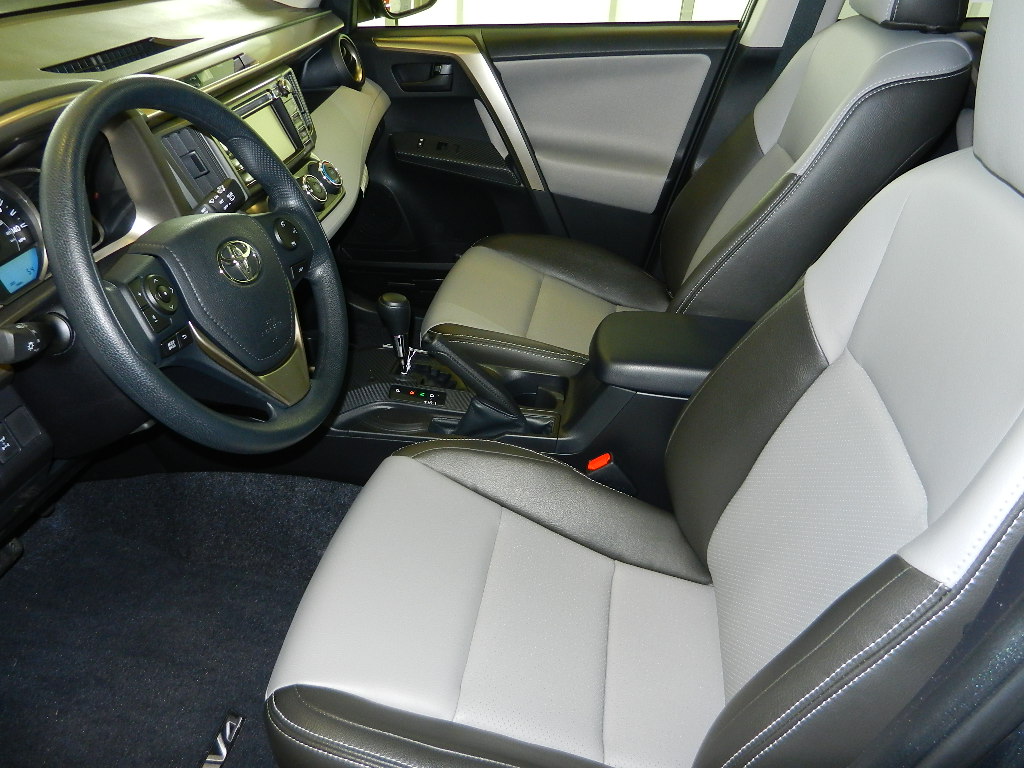 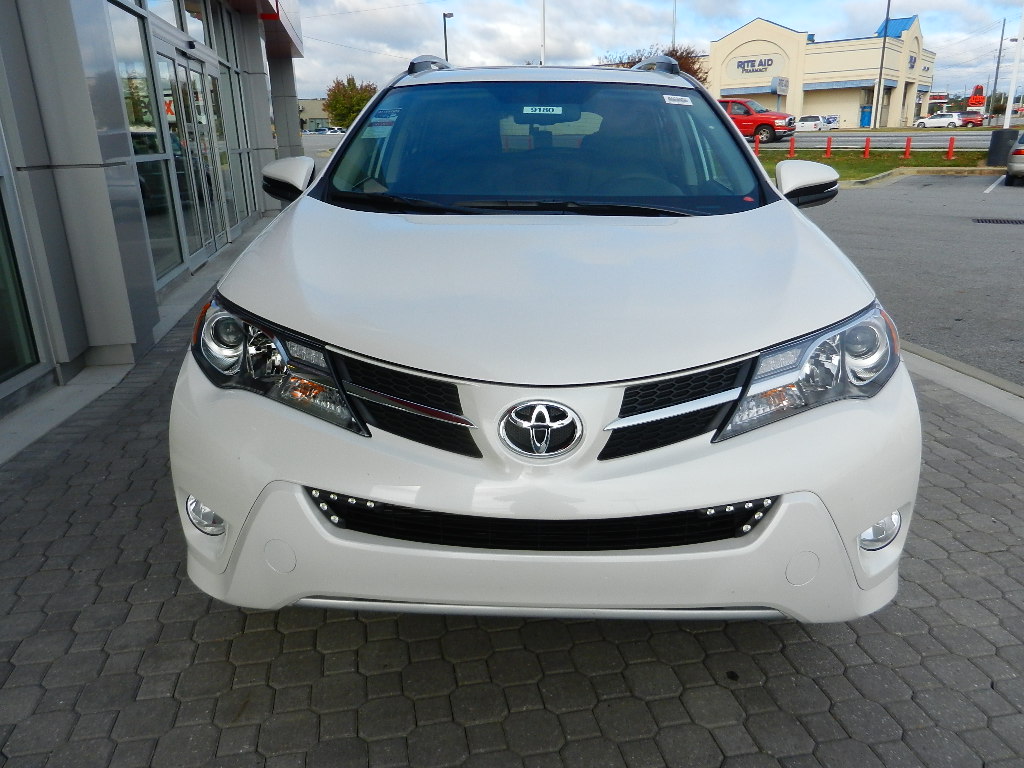 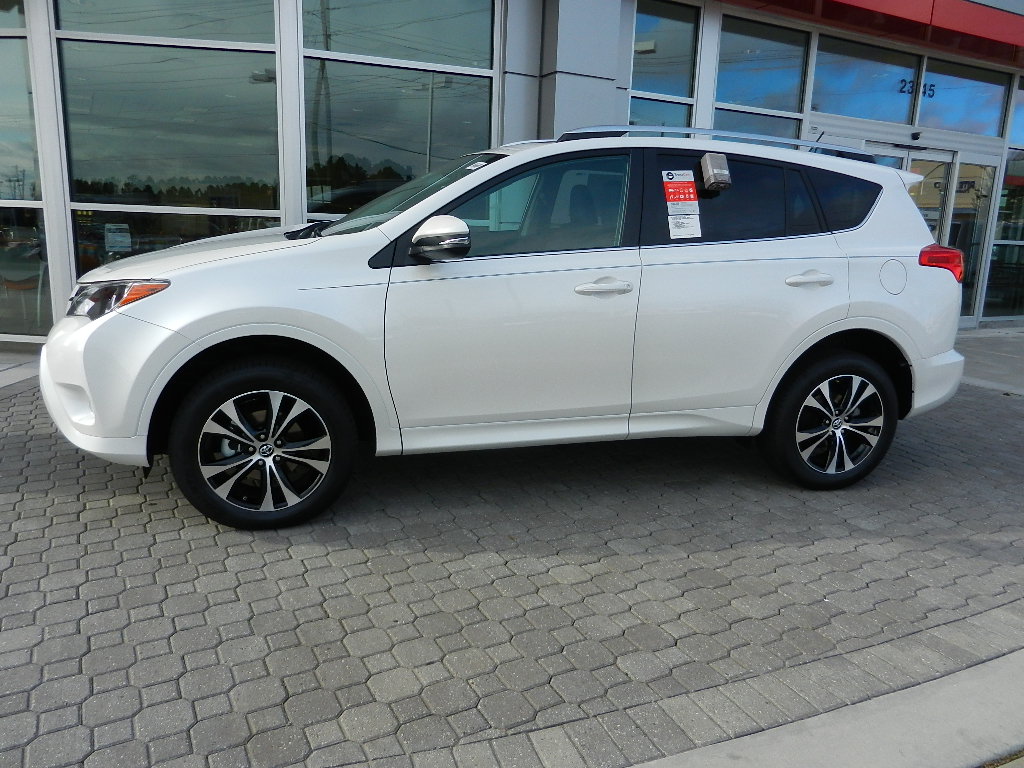