A living room on wheels.

I mean, scroll down and just look at those leather seats.  Lounge chairs….TV recliners almost!

The Flex is Ford's answer to Chevy's Traverse, but it looks like they may have had some high-line European imports in their sights when they designed the Flex.

In addition to all the leather and wood, look at the moonroof.    Each row of seating has their own personal view of the sky!

Depending upon options, the Flex can seat six or seven passengers….and even with the third-row seats in place, the Flex still has a little cargo room in the back.

And with the third row folded, the Flex becomes a serious haulin' machine.

Speaking of "haulin'"….the Flex can more than hold it's own on the road.

It's OK in the "Normal" setting, but hit "Sport" and the Flex's Turbocharged 3.5 liter V-6 will make you forget that you're driving a mini-limo.

"Sport" keeps the six-speed auto one gear lower than it would otherwise be…and delivers some serious driving fun in the process….with handling to match.   You'll think that you're driving a much smaller vehicle.

Just remember to kick it back into "Normal" when on the highway or you'll cost yourself one or two MPG's.

I usually don't like to talk about styling, as that's a personal thing, but I will say that the Flex's kind of "retro" slab-sided "Brick" styling drew quite a few favorable comments.    In a way it looks like a Mini on steroids.   The two-tone look kind of completes the "over-inflated-Mini" comparison, as our Flex had an optional white roof over a different body color….as do so many Mini's.

While Flexes start in the low thirties, ours was a top-of-the-line All-Wheel-Drive Limited edition listing at $49,950.   With all-wheel-drive the Flex is rated at 16 city and 23 hwy MPG…while 2-wheel-drive models are rated at 17 and 24.   We got around 22 or 23…even with some spirited sprints in "Sport".

If you like a little "race" with your "space",  put a Flex on your radar. 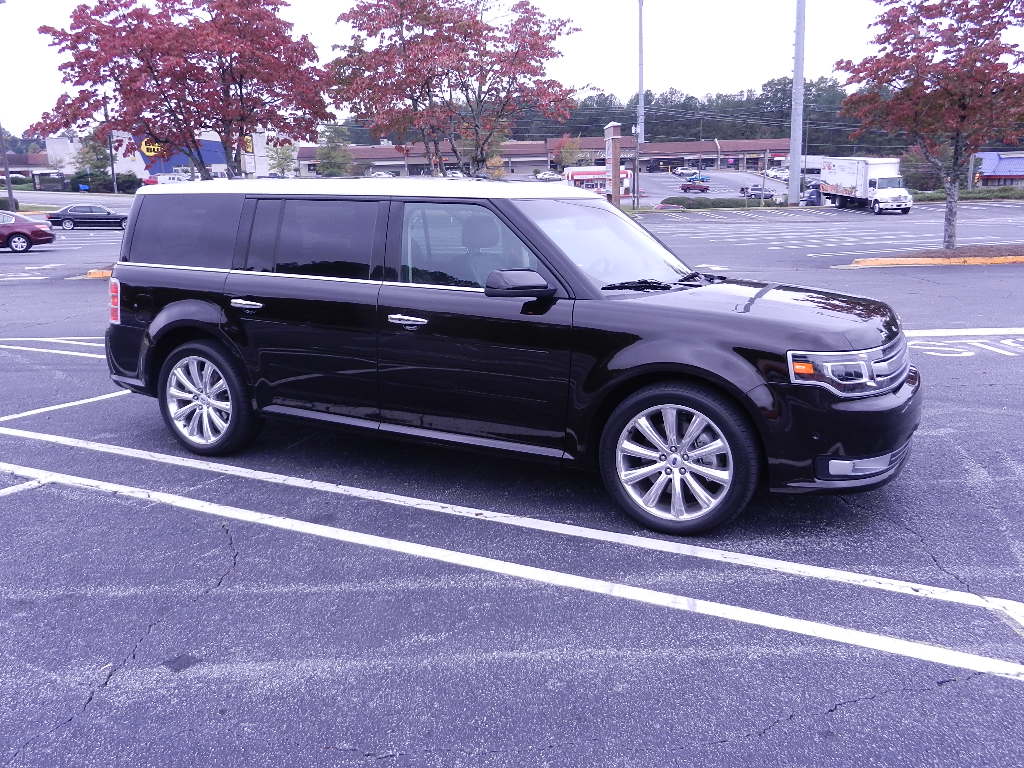 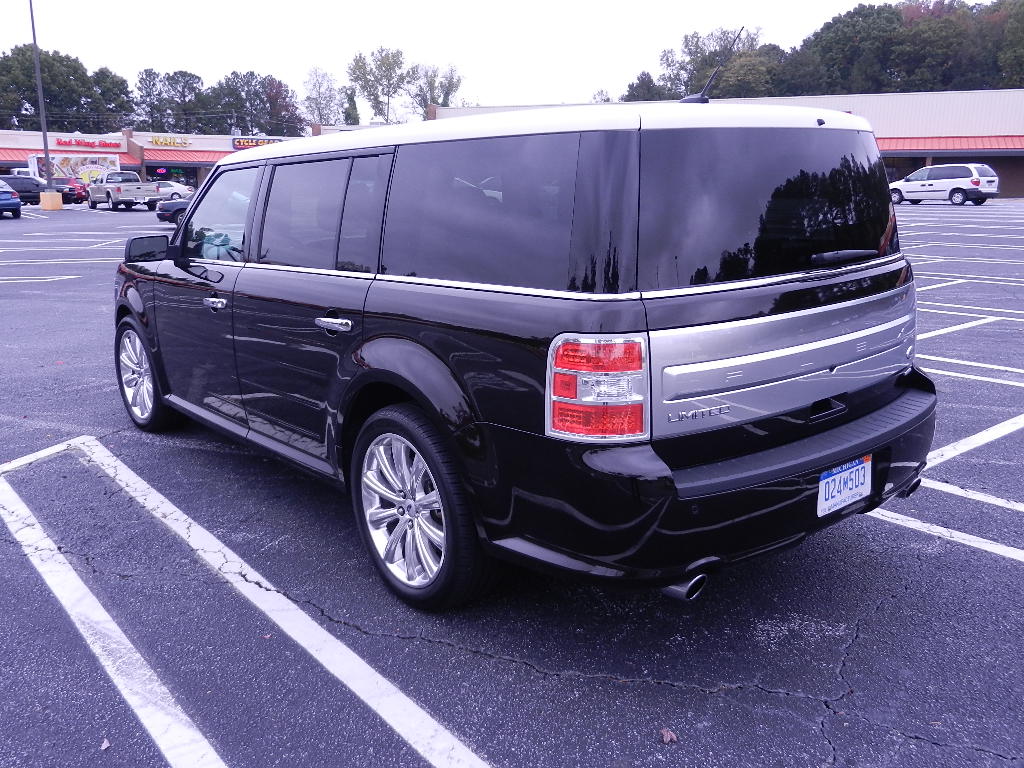 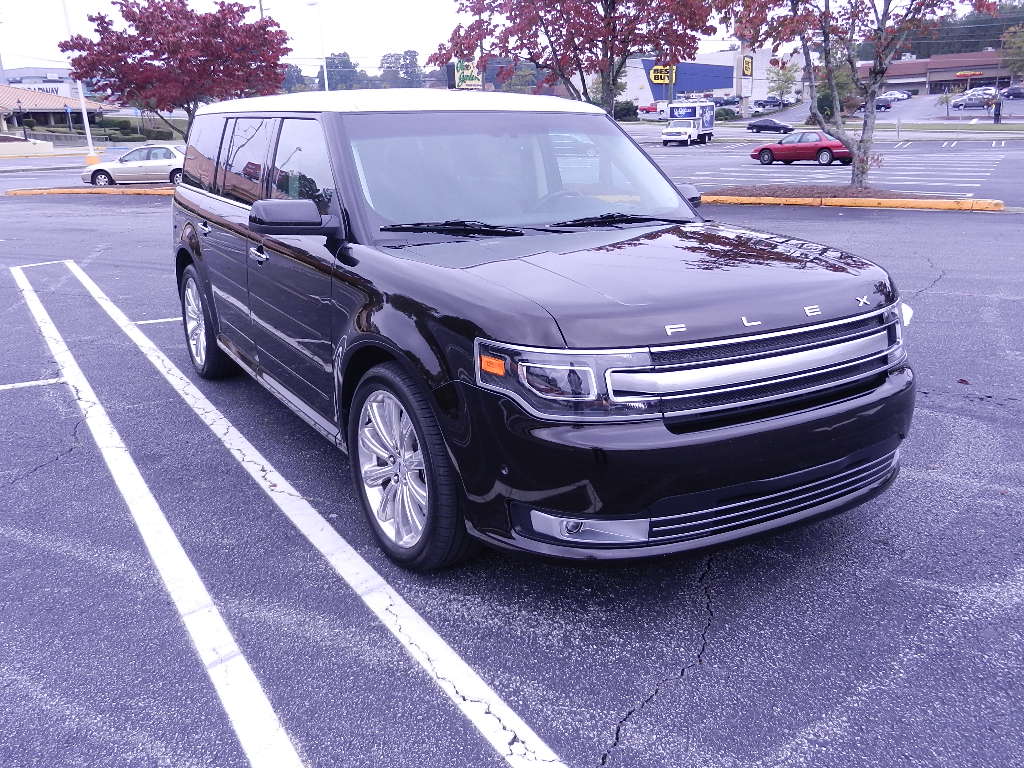 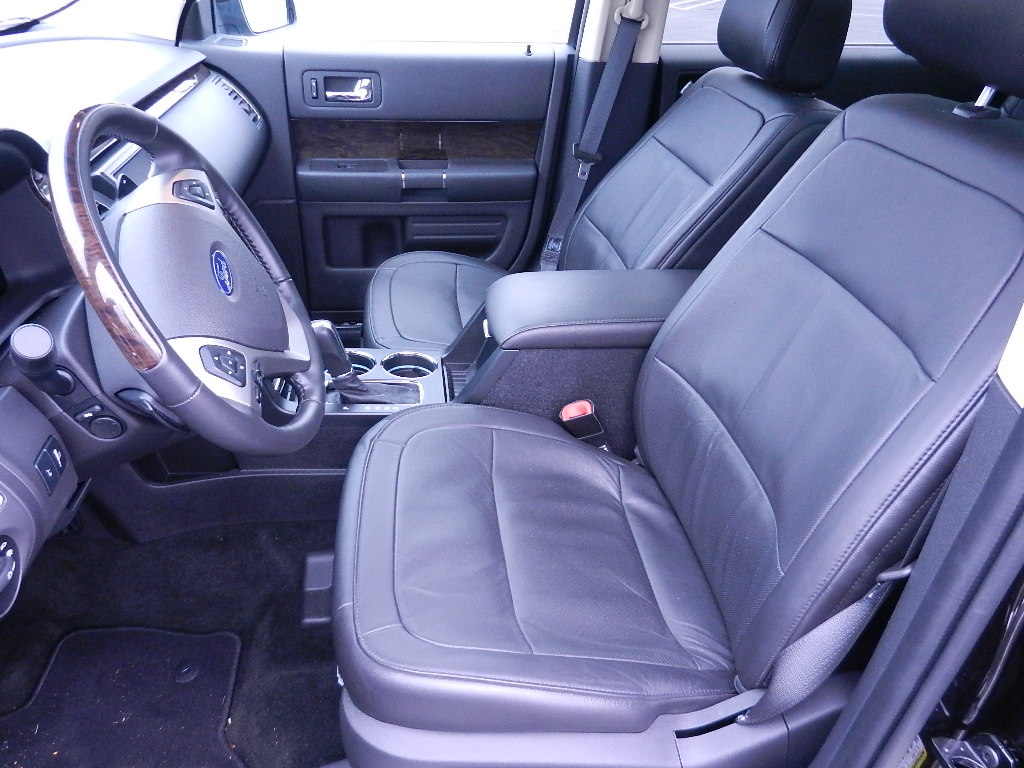 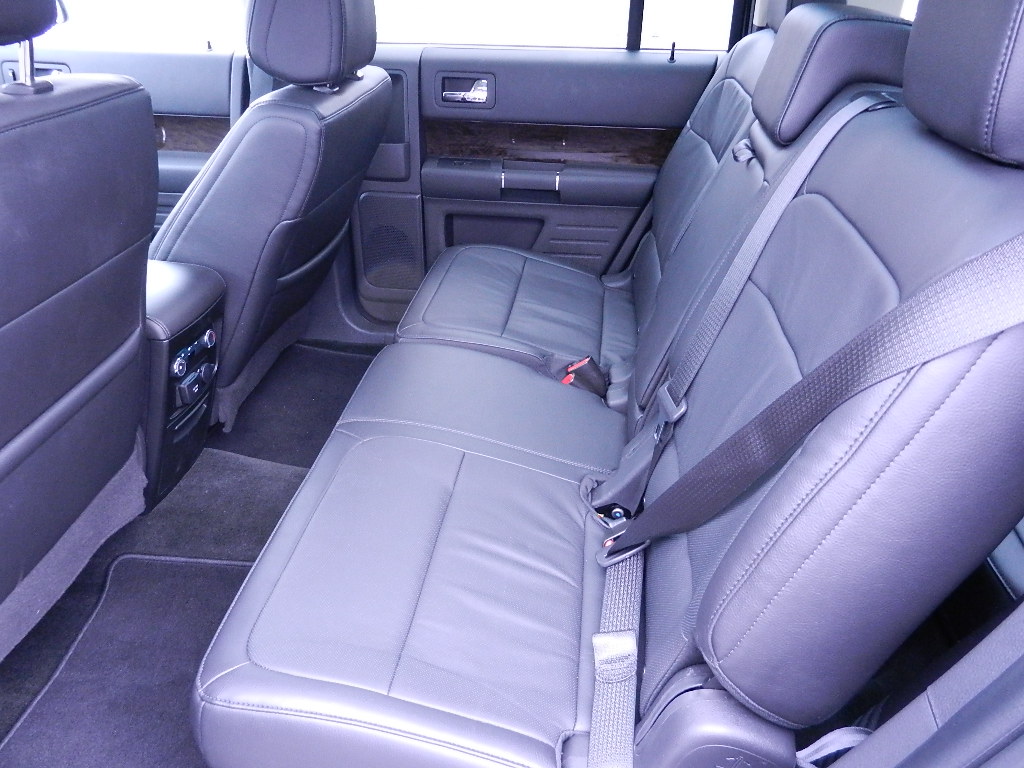 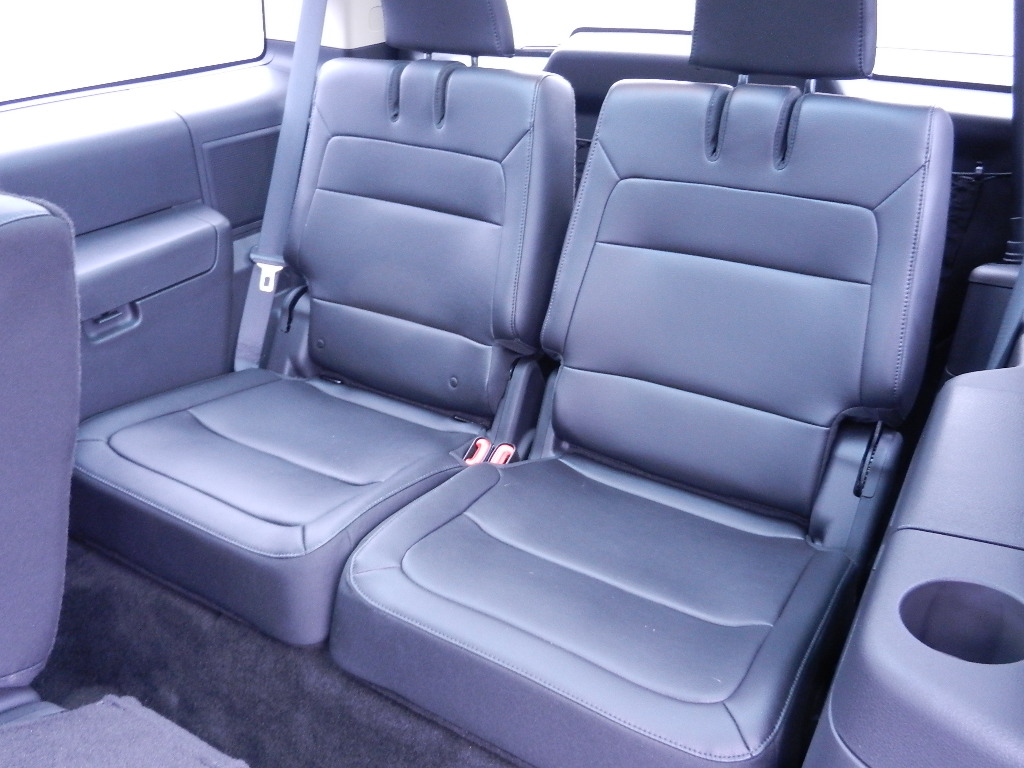