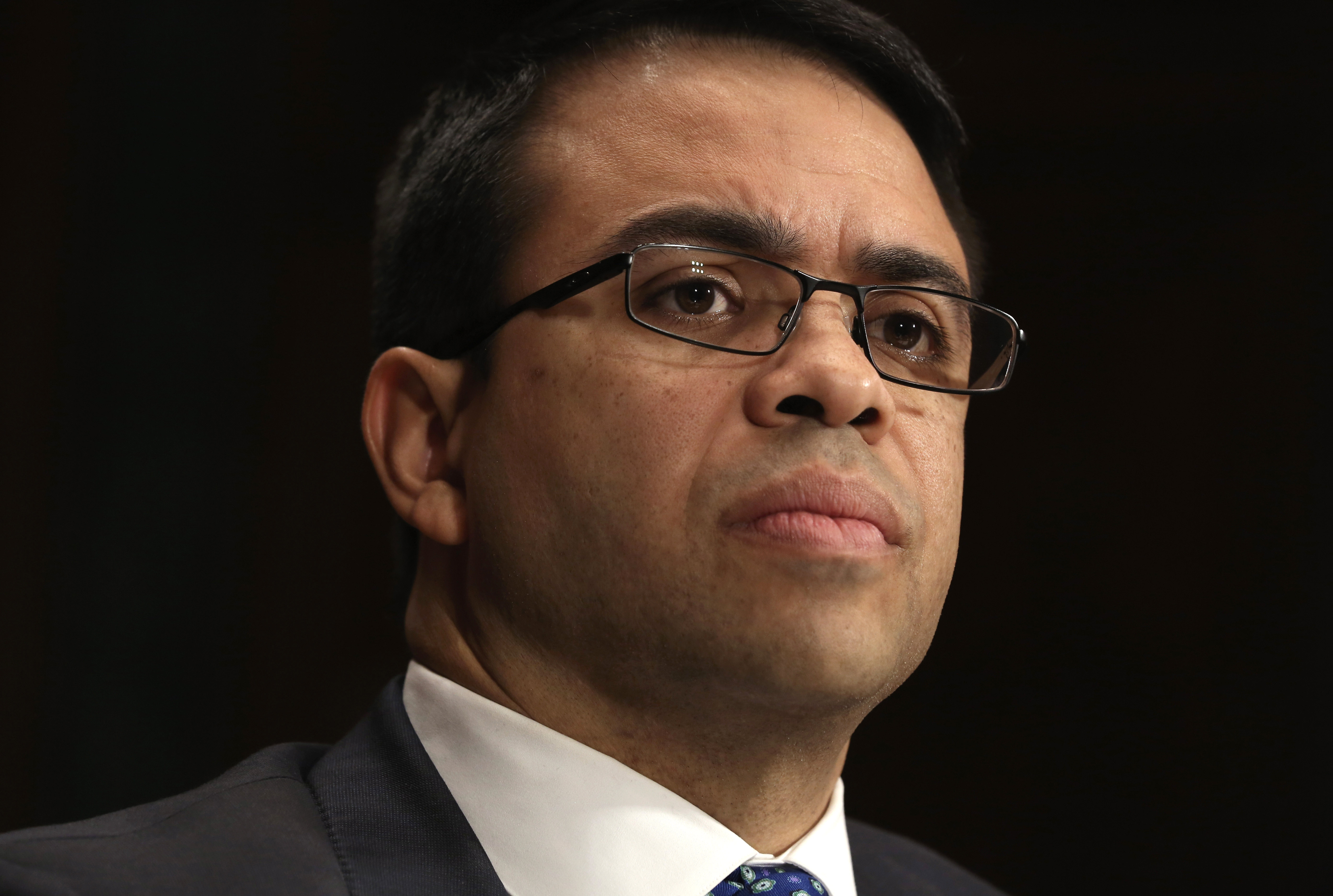 WASHINGTONPresident Barack Obama's choice to head the Justice Department's civil rights division has failed a Senate test vote and his confirmation is in jeopardy.

The vote was 47-52, short of the needed majority. Eight Democrats joined Republicans to block the nominee, including Senate Majority Leader Harry Reid, D-Nev., who voted "no" so he would be able to bring up the nomination again in the future.

The controversy over Debo Adegbile stems from legal representation of a man who is currently imprisoned for the murder of a Philadelphia policeman decades ago.

It was unclear what the next step will be for his supporters. Several Democrats joined all Senate Republicans in voting to prevent confirmation.

Adegbile was at the NAACP Legal Defense fund when the organization began representing Mumia Abu-Jamal, who was appealing his conviction in the killing in 1981 of a police officer.

President Obama called the vote "a travesty based on wildly unfair character attacks against a good and qualified public servant," in a statement.

"The fact that his nomination was defeated solely based on his legal representation of a defendant runs contrary to a fundamental principle of our system of justice - and those who voted against his nomination denied the American people an outstanding public servant," he said.

The vote marked the first time a nominee has stalled since Democrats restricted critics' abilities to block confirmations.